Police are currently investigating a stabbing incident that happened on Tuesday around seven o’clock in Belize City. Jeffrey Brown was stabbed while he was socializing at a nearby house. Reporter, Giovanna Moguel, spoke to Brown’s family who gave an update on his condition.

Giovanna Moguel, Love FM News: 26 year old Jeffry Brown remains hospitalised. He was stabbed on Tuesday night in Belize City. As reported, he received the wound to his stomach as he was walking Gibnut Street not too far from his home. His adopted siblings, Kenisha and Kenrick Richards say Jeffry often is bullied and are appealing for justice for this despicable crime. 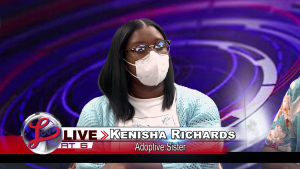 Kenisha Richards, Adoptive Sister: “I do believe it’s an issue of, for that individual who harmed him, that it’s an issue of being uneducated or being able to understand someone like Jeffry. I believe that maybe he saw him as being annoying because he doesn’t understand who Jeffry is and decided that well this is my time now to get some attention possibly and harm this young man.”

Giovanna Moguel, Love FM News: Brown has a speech impediment. His family says he normally socialises with people from around the neighbourhood. 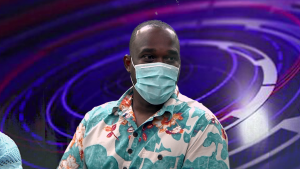 Kenrick Richards, Adoptive Brother: “What we gathered from the situation was that he was at this yard. He frequents this yard and goes to go see a young lady there he calls his girlfriend. So he was there and apparently the young lady stepped inside for a minute while Jeffry was outside with other family members. He was singing with them and rapping because he’s a very jovial person and apparently he was then attacked by this young man. Unknowingly to him, we also have gathered that this is not the first attack that this person inflicted on him. No? But because of Jeffry’s wanting to be out, he wouldn’t tell us. He kept it to himself so we were unaware of the constant bullying of this person.

Giovanna Moguel, Love FM News: Brown’s assailant was a 14 year old minor wielding a knife in his hand. Kenisha says that the family is hoping that measures can be put in place to prevent incidents like these from happening to vulnerable persons like her brother.

Kenisha Richards, Adoptive Sister: “Having a department that’s part of the Police Department that can assist with these persons because these persons will be more well trained in how to deal with persons like Jeffry because we’ve seen on the news that yes, that even the police have had difficulty in how to deal with persons like Jeffry and so starting there, those persons would be more empathetic and understanding of Jeffry and then just more education following whatever justice is served and I do hope that even for that young man that inflicted this injury on Jeffry, clearly, he himself may need some special attention or need.

Kenisha Richards, Adoptive Sister: “Or intervention, right. Because at 14 years old, I really cannot fathom how I could inflict such a wound on someone.”

Giovanna Moguel, Love FM News: Brown is expected to be released within the next four days. Reporting for Love News, Giovanna Moguel.