He is one of the most senior diplomats in the country but tonight Ambassador Alexis Rosado is accused of rape. Rosado who was Belize’s Ambassador the European Union this afternoon handed himself over to Belmopan police accompanied by attorney Rene Montero Junior. He was charged with one count of rape, one charge of sexual assault and six counts of aggravated assault of an indecent nature.. He was later arraigned at the Belmopan Magistrate court where he pled not guilty and was offered bail of five thousand dollars which he met. Rosado and his attorney declined speaking to the media. The ambassador is being accused of having sexual relations with a woman since she was thirteen years old up to the time she completed twenty-seven years of age. Love News has been informed that reports of the accusations surfaced months ago, as far back in December 2021. According to the Criminal Code of Belize, every person who commits rape or marital rape shall on conviction on indictment be imprisoned for a term which shall not be less than eight years but which may extend to imprisonment for life. The Criminal code describes rape as the penetration of a person’s mouth, vagina or anus, with a penis, without that person’s consent. We’ve asked the Belize Police Department for a copy of the official police report but our request have gone unanswered. Just before news time we learned that Rosado resigned from his post. A statement from the Ministry of Foreign Affairs says (quote) Today, Ambassador Alexis Rosado was charged with serious offences of a sexual nature in the Belmopan Magistrate Court. At the direction of the Ministry of Foreign Affairs, Foreign Trade and Immigration, Ambassador Rosado has relinquished his diplomatic postings overseas. The case involving Ambassador Rosado is expected to proceed according to law.” (End of quote) Rosado was Ambassador of Belize to the Republic of Guatemala and as non-resident Ambassador to Costa Rica, Honduras and Panama. He was once the CEO in the Ministry of Foreign Affairs and served as the Co-Chair of the Belize-Guatemala Joint Commission. He has had other intentional postings including High Commissioner for Belize to the United Kingdom between 2002 to 2006, and as Ambassador to the European Commission and European Union between 2006 and 2008. He also served as Permanent Representative to the World Trade Organization (WTO) and as Ambassador to Belgium. We’ll have more on this story in our Thursday’s newscast. 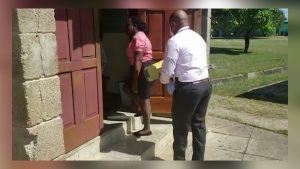 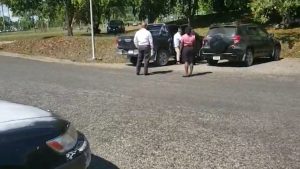