It’s been two weeks since the Chief Elections Officer, Josephine Tamai, wrote to Governor-General, Froyla Tzalam, informing her that the churches successfully triggered a referendum. That referendum is in relation to the Cannabis and Industrial Hemp Control and Licensing Bill. The Elections and Boundaries Department was tasked with vetting and verifying 20,112 petitions. Of that number, 18,891 or 10 percent was accepted, thus triggering a referendum. Cabinet said it was satisfied that the democratic process was followed and welcomed the opportunity to hear from the electorate on this issue. But the Governor-General has yet to issue a writ of referenda, setting a date for the historic event. Observers say it’s a delay but according to Church leader, Pastor Louis Wade, it’s all part of the plan. 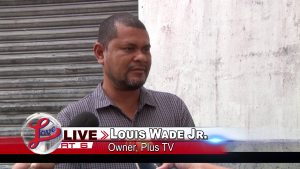 Louis Wade Jr., Owner, Plus TV: “There is no delay. The church’s strategy is working and I believe it will continue to work until the Government is ready to listen to the players around the table. If you take a look at past press releases, you will see the other organisations have warned the Government about the dangers of progressing with marijuana legislation at this time. And the bankers have not made any public statement but there are internal documents, but there are internal documents, some of which I have, that have clearly stated to the Government the dangers of legalising marijuana and having a cash based industry at this particular point in time. So, I am glad that the Government is beginning to listen, is slowing down and I look forward to the final press release which should come out shortly from the Churches and the Government. The church knows exactly what it is doing. It is very strong. It’s very united. Its position has been made very clear to the Government and to the people. We believe that it was the Government that was pushing forward, or at least parts of the Government they’re saying, that were pushing forward in spite of the red lights. And it’s just now that you come close and then the red lights deh eena yo face and so there is great dialogue and we look forward to a kind of consensus that would be best for the people of Belize in every way.”

After that interview, Pastor Wade headed for a meeting concerning the referendum, and while he was guarded in the interview, he said that an official update is expected to be shared on Tuesday, following a Cabinet meeting.

Louis Wade Jr., Owner, Plus TV: “Some of the developments will be made most likely Tuesday after Cabinet meeting. But this is something, as I said in our last interview, that the church has skin in the game. We have documents that show, not just the financial aspect but some of the medical aspect and other things. We did want to share that most of the time when the media talks about the Church on these issues, they talk about moral, moral, moral issue but every moral issue becomes a moral issue because of its effect on humans in some way or another and in this particular case it is medical effects, financial effects, cultural effects, societal effects and then these things together is what makes it a moral issue because people are affected. No law has been broken and the Government certainly doesn’t want to break any law and the Church is not going to stand and allow any laws to be broken. I think that dialogue is always good. I have said before and I continue to say that I believe in the open market place of ideas, that people with different ideas and opinions must be able to come around the table and find a way forward. And so the meetings are in progress. I think Belizeans should pray and talk about the issue and ensure that what comes out of it is something that is good for the nation of Belize.”

Reporter: Okay but the Governor General’s decision to officially set that date is dependent on how these negotiations carry on negotiations?