An important step was taken in improving the lives of young Belizeans.  A land lease signing ceremony was held today between the Government of Belize and the Rosado Family.  The land is to be used for at-risk youth to utilize and create sustainable money-generating activities. Love News attended the ceremony and reporter, Giovanna Moguel, brings us that story.

Giovanna Moguel, Love FM News: It was a momentous occasion today as a lease agreement was signed solidifying a brighter future for Belize’s at-risk youth. The Ministry of Home Affairs and New Growth Industries and a team from the Leadership Intervention Unit, (LIU), recently took a trip to the Grace Bank Village to inspect 120 acres of land that will be used for farming. According to LIU Chairman, William Dawson, it is an effective way of steering youths away from a life of crime. 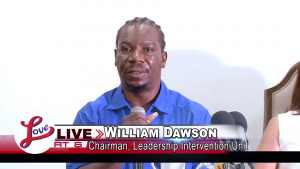 William Dawson, Chairman, Leadership Intervention Unit: “We believe that we must provide alternatives for our young men in Belize City and this is one of the key factors that we have noticed that would assist in our crime fighting efforts. Many times the young men badger us wanting jobs from the Government, wanting to pressure the business community but we’re really looking at cognitive restructuring as one of our main focuses to have these young men start to think differently about their lives and develop skills and build their capacities.”

Giovanna Moguel, Love FM News: Dawson added that the participants will not only be learning about crops but will also be learning about sustainability and financial literacy. The land was donated by Dr. Alvaro Rosado whose story is not so different from these 20 young people. Dr. Rosado became a school dropout at age 11 and began engaging in a catch and kill type of work selling newspapers among other items. Life wasn’t looking very promising for him until one day his life took a turn in a positive direction. With the help of a former school teacher, Dr. Rosado was given a second chance. 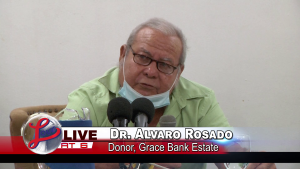 Dr. Alvaro Rosado, Donor, Grace Bank Estate: “I was given a chance with a scholarship to attend St. John’s College. My high school experience was very short lived and I became a high school dropout at the age of 11. I worked the streets of Belize City selling and delivering newspapers and anything else that I could get my hands on, some legal and some not so legal. I joined the pupil teacher ranks at the age of 13 and at the age of 18 I passed the First Class Certificate of Teachers Examination and at that age I was appointed the principal of Rancho Dolores Primary School. I got off that road when Sis. Albertine believed in me and provided me with an opportunity and second chance.”

Giovanna Moguel, Love FM News: The Minister of Home Affairs and New Growth Industries, Kareem Musa, says this effort is part of a wider plan to give young Belizeans an opportunity that they have not had for decades.

Kareem Musa, Minister of Home Affairs and New Growth Industries: “I know that there are those in our society that will say “Why are you rewarding bad behaviour?” and that is not what we are doing. If that is what you believe that we are doing then you are missing the entire purpose. Many of the murders happening today, none of these young men know why it is they do not like other individuals from another part of the city and so it’s going to take time. The objectives of the Leadership Intervention Unit have taken root and we have seen where those individuals who genuinely want to change. And so while it is that we are here today to say we believe in our young people, we are also saying in the very same breath that we will not tolerate those who intend to wreak havoc on the Belizean society.”

Giovanna Moguel, Love FM News: Today is seen as an important step for young people and a critical development for Belize. Giovanna Moguel for Love News.