The 2022 Atlantic Hurricane Season officially began today. The 2022 forecast is suggesting that tropical cyclone activity will be above normal in the Atlantic Basin. That means that for the region, including Belize, there will be more storm activity than average. Chief Meteorologist, Ronald Gordon discussed those prognostications for this week and explained why Belizeans need to be vigilant. 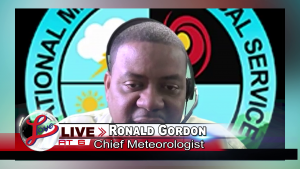 Ronald Gordon, Chief Meteorologist: “The prediction is for it to be an above normal season. There are two main factors which are in play that would help it to be an active season. 1. We do not expect an El Niño. On the contrary, there is a possibility of us having a weak La Niña throughout the season. That typically enhances tropical cyclone activity on our side and the next factor is, of course, that the oceans in our area, the Caribbean Sea, the Gulf of Mexico, and the North Atlantic Ocean, are expected to be warmer than usual during the season and tropical cyclones fuel or get their energy from warm ocean waters. So those are two main factors which we expect to enhance tropical cyclone activity this year and therefore, the prediction from most of the main agencies that do predictions is for it to be an above normal season with about 14 to 21 named storms, 6 – 10 hurricanes and about 3 major hurricanes. To put that in perspective, a normal season consists of 14 named storms, 7 hurricanes and 3 major hurricanes. An important point to mention, seasonal predictions are for the entire basin. They’re not telling us that those amounts of hurricanes and tropical storms are coming our way. Those are what are expected to form over the entire basin. So we cannot say from now what particular storm, if any, will be coming our way or when. So, that is the reason why we, of course, are here at the National Met Service, to determine if a system is coming our way and to determine what type of threat it poses to the country.”

Residents are reminded that the Met Service, NEMO and your local village, town or city emergency organisations the main sources of official information during the season.