Belize City Council’s Micah Goodin says it’s been a tough four days for him. He is at odds with Belize City Mayor Bernard Wagner over the garbage collection fee. The mayor is asking for residents to voluntarily pay a garbage fee to offset the cost of collecting garbage. Goodin is one of the councilors who is strongly opposing the idea. But tonight, he is the one who is being asked to respond to questions of his own accountability and transparency. Goodin, through the Belize City Council, has received in excess of twenty thousand dollars from the council and more than twenty-five thousand dollars from the Belize Tourism Board for two projects he spearheaded. The issue now is the report that he had failed to submit proper accountability and receipts for those monies. Senior Reporter Hipolito Novelo has the story.

Micah Goodin, under the magnifying glass during a hot day. The Belize City Councillor says that “The last 96 hours of my life have been turbulent and lonely.”

Tonight, documents and questions about thousands of dollars donated for the Micah Goodin Christmas Cup which was held this past December. This piece of document shows that Goodin moved a motion for the council to donate the cash prize of 10,000 for the Micah Goodin Christmas Cup. The football tournament was held at the MCC grounds but still flyer, a part from not having the City Council’s logo as a big sponsors, states that the cash prize totaled 5000, half of what the city council gave.

There was another motion moved on that day. This one is for much more monies. The document shows that Micah moved a motion to approve for the council to make a contribution to the budget of the Pickstock Cleanup Initiative which supposed would have incurred a cost of $46,600 of which the Belize Tourism Board contributed 31,600 and the Belize City Cuncil contributed the remaining $15,000. The motion was seconded by Councillor Kwan and it was passed.

Documents also show that Councilor Michael Novelo inquired if the council would be getting value for money.

And since then, more inquiries are being made, especially when it comes to accountability of the funds provided. Love News contacted Goodin for comment.

Just before news time, Councilor Goodin sent a text in which he said, quote, “I have every cent accounted for including cash prize and logistics. However, I was pre-empted by a story by a pseudo media house that is the holder of a contract with the council which sought to smear my image and discredit me. However, my track record over the last 10 years speaks for itself. People know what I stand for and what I do not. When they go low, we go high.” End of quote. We will have more on this story tomorrow when we will show you the warning Goodin got from the council’s finance director. 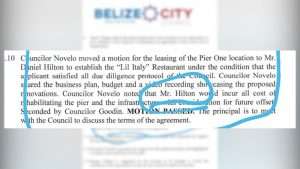 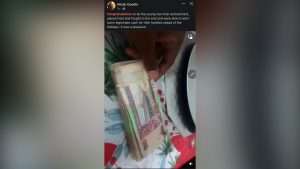 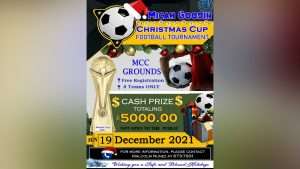 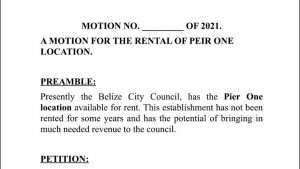