A Belize City man was shot to death last night just before ten o’clock. 27-year-old, Windell Neal of Petticoat Alley was reportedly socializing in Rhaburn’s Alley, just off North Front Street, when he was approached by an unidentified man who fired one shot at him. Police responded to the crime scene and found Neal motionless on the ground in a pool of blood. Preliminary information says that Neal had just returned from a store on Victoria Street where he had gone to buy drinks. His body was taken to the KHMH where he was pronounced dead at eleven-thirty. Police have not indicated if any arrests or detention have been made. 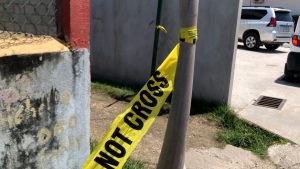 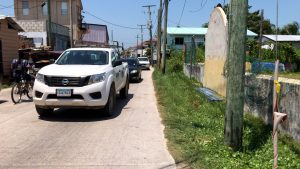