Also murdered on Monday was 23-year-old Tarique Ciego. Ciego was found dead was found under a tree inside the MCC Grounds. We re-join reporter Vejea Alvarez for more details on this fatal shooting.
Vejea Alvarez, Love FM News:  23 year old Tareek Jordan Ciego was socialising with family and friends at the Princess Hotel & Casino poolside when his life came to an abrupt end. Around 2:45 on Monday morning, Ciego was walking towards his car which was parked inside the M.C.C. grounds when he was shot and left for dead. His childhood friend, who only wanted to be identified as Junior, was with him just moments before the deadly shooting and believes that Ciego was trailed by his killer. Junior, Childhood Friend: “I wasn’t close to him. I was over in a corner and the ones who were close to him said the man just went to the vehicle. I guess he was tired of standing up out there, check, because that’s the kind of person. He won’t go and run and leave everybody but he will get on his own corner and do what he’s doing and he went back to the vehicle and just, whoever did it trailed him and met him in the parking lot.”Vejea Alvarez, Love FM News:  It was until some two hours after Ciego was gunned down that his body was discovered. Junior says when they went looking for Ciego, they never imagined finding his dead body under a tree near his vehicle. From I understand, you weren’t aware that it occurred. When did you find out?

Junior, Childhood Friend: “When everybody was trying to call him to see where he was and they went to the vehicle and he wasn’t at the vehicle. We called the phone and we heard the phone ringing in the area and they found him.”

Vejea Alvarez, Love FM News:  Ciego’s family doesn’t have a clue as to why he was targeted and neither do the police as he was not known to them. Police Press Officer, ASP. Fitzroy Yearwood says that investigators are currently looking into several different angles.

ASP. Fitzroy Yearwood, Public Relations, Belize Police Department: We have a lot of different angles that we’re looking at because we wouldn’t know if there wasn’t any witness at the time. The moment that it took almost two hours for him to be found, we know that even if a witness didn’t want to be identified, they would have called that in.

Vejea Alvarez, Love FM News:  Ciego didn’t have any kids but, according to Junior, he was a big brother to many young men in his neighbourhood that will remember him as a loving soul. 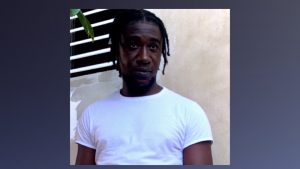 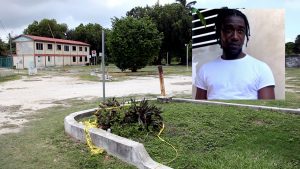