At the start of the week, it came to light that the Department of Transport had implemented a ticket violation quota for national traffic officers. The news sparked much controversy among motorists who believe that the move will lead to officers issuing unwarranted amount of tickets. Love News learnt, however, that a ticket quota is nothing new as the Belize City Council has a similar system implement since 2012. According to Belize City Mayor, Bernard Wagner the city traffic officers are to meet a forty-four-ticket quota every month.

Bernard Wagner, Mayor of Belize City: “We have a quota, it has been a quota that we met here from 2012 so there is a quota system here as well and so the national transport quota of 44 tickets for the month it’s pretty low. That’s not even three tickets for the day. We are even stiffer at the council. We require that our traffic officers provide five tickets per day and if you have a 20 days working month you’re expecting in the neighborhood of 100 tickets per month and listen to me we don’t do it for revenue generation. We have so many infractions and violations of all the traffic laws in this country it’s ridiculous and I am saying to myself how can we be running a city that we have a city where people do not comply with the laws. Every single day there are hundreds and hundreds of violations of the law in this city and shore when I hear that the transport is requesting from their officers two tickets per day that’s small compared to the number of violations created each and every day. If there are no violations then obviously we have a compliance city and then we don’t need the quotas but as is and until we become a more disciplined society where we comply with the laws that regime will stick.”

Wagner says that the system is aimed at ensuring the compliance of motorists as well as ensuring the council obtains maximum productivity from its traffic officers.

Bernard Wagner, Mayor of Belize City: “It’s a part of performance and all organizations have some measure of performance or they evaluate how you perform. You as a news reporter you have to give in how many stories per day I believe you have to give some stories per day. In the banking sector when we were there we had to generate X amount of loans per day or per month. You have your targets, it’s a goal driven type of society we live in. Gone are the days where you come in eight to five and waltz in and waltz out. People now expect businesses and organizations now expect that you are to perform so that we can evaluate your performance. We must be a society or an organization which is goal oriented, performance driven and that is a part of the entire scheme, it’s driven to have compliance with the law but also driven so that we have a tool for  managing performance.“ 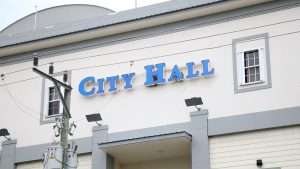