And while those artists were in Belmopan voicing their concerns, other artists were in Belize City signing a contract to perform in the first Belize International Music and Food Festival. It takes place this summer in San Pedro Town. The main idea is to showcase Belize’s culinary and musical masterpieces and for it to be a major event to attract local and international talent. A launch took place today and Hipolito Novelo has the story. 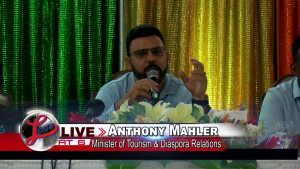 Anthony Malher, Minister of Tourism and Diaspora Relations: “We need to look at this as an investment in our people, in our talent and that is the bottomline.”

Hipolito Novelo, Love FM News: And while the figures have yet to be finalised, that investment is expected to be in the millions.

Anthony Malher, Minister of Tourism and Diaspora Relations: “We believe that any event like this can be in the millions but we will look at it. We’re looking at it right now and we’ll be able to provide that information for you.”

Hipolito Novelo, Love FM News: And for you the public, the first Belize International Music and Food Festival will take place July 30 and 31st at the Saca Chispas Football Field in San Pedro Town. The festival was launched today and one of the goals is to get a return on the investment.

Anthony Malher, Minister of Tourism and Diaspora Relations: “You sell one ticket for this and you’ll have revenue generated from bars, from ticket sales. But you can also look at the economic activity in a certain area and then when people come in for the festival then they could visit other areas so there’s an economic activity from having such a festival. It is done all across the world and so this is a first of its kind for Belize.”

Hipolito Novelo, Love FM News: The other primary goal is to expose local artists to the world.

Anthony Malher, Minister of Tourism and Diaspora Relations: “With this day and technology, you never know. Maybe somebody can be seen and the international music arena can be interested in one of our local artists? This is what we want to do. This is a partnership with them. I truly believe that we have the talent in country to go international and it is my goal: to create a platform for our people to go and make some real cheese internationally.”

Hipolito Novelo, Love FM News: Several of the artists today signed a contract for the two day festival. They will be joined by ten international artists and two international DJs. Music genres ranging from reggae, afrobeats, dancehall, soca, punta, and latin beats will be performed and there will be food, lots of it. 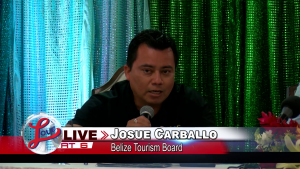 Hipolito Novelo, Love FM News: John Marsden is the promoter/consultant for the project. Today these contracted artists praised the BTB and the Ministry for this initiative. 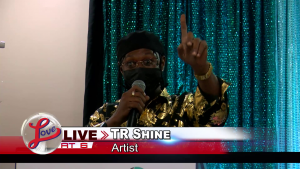 TR SHINE, Artist: “So big up the people who are doing the event, BTB, right, and big up unu self Belizean artists. We love unu.” 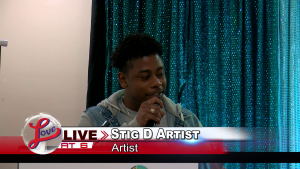 Ernestine Carballo, Artist: “The Government of Belize, thank you guys so much. This is only the beginning to greatness.”

Hipolito Novelo, Love FM News: Interestingly, while these artists gathered to celebrate this opportunity, other artists gathered in Belmopan for a committee meeting on the new proposed Trade Licensing Bill and while they were miles apart, that didn’t stop a few of them here to show their support. 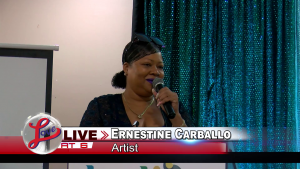 Ernestine Carballo, Artist: “I couldn’t make it to Belmopan but I’m sure a lot of artists are going to be there. Right? To discuss the whole thing and how we can weigh the cons and the pros. Right? Because everything, you know, is communication, ovastanding and understanding and trying to bring out some type of form of agreement.” 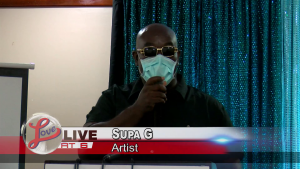