National Infertility Awareness Week is being observed this week. Discussions surrounding this condition have been rare but tonight, Reporter Giovanna Moguel takes a closer look at the challenge that thousands of Belizeans are going through.

With seven days of advocacy and awareness, NIAW hopes to bring a message of support and solidarity to everyone in the infertility community. Although infertility is generally associated with women, the World Health Organization states that the condition occurs 40% of the time in females, 40% of the time in males and 20% of the time in both. According to renowned Gynecologist at the Belize Medical Associates, Dr. Marcelo Coyi, infertility in women is a common condition among the general population that can be caused by several factors. 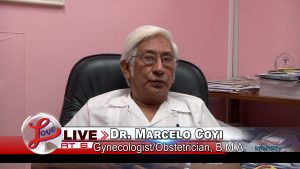 Dr.Marcelo Coyi, Gynecologist, Belize Medical Associates: “In Belize the most common cause of infertility is what it’s called obstruction of the fallopian tube due to what we call pelvic inflammatory disease. At some point there is infection of the pelvic organ particularly of the tube and when the fallopian tubes get infected it gets scarred and when it gets scarred it gets obstructed so then the sperm and the egg cannot meet for the egg to be fertilized that is the most common reason in Belize. Next in common is what you call the inability to produce eggs, fertile eggs and so every month  woman in the reproductive age group every month they produce one egg sometimes two you get twins but generally one egg. It’s called an ovulation and so you can have ovulation problems where the woman does not produce an egg and that can come from what we call polycystic ovarian syndrome very common and Belize. If a woman does not produce eggs then obviously fertilization cannot happen. Those are the two most common factors in Belize. If by history I think it’s the tubes that are blocked or I suspected then we do an X ray examination called a hysterosalpingogram where we take a dye and we pass it from the mouth of the womb or the cervix and we push it through the womb, through the tubes and if the tubes are open the dye spills. So if you get spillage oef the dye you know the tubes are open and if the dye doesn’t pass through then you know that is the reason for the infertility.”

Dr. Coyi explained that while this issue may be corrected through surgical procedures and treatment, that is only half of the work. He further highlighted that although males share equal probability of having infertility issues, they are more hesitant to seek consultation. Urologist at the Belize Medical Associates, Dr. Freddy Urroz explained that infertility in males can be attributed to genetics, drug abuse or hormonal imbalances. Dr. Urroz explained the approaches men can take in order to check their wellbeing. 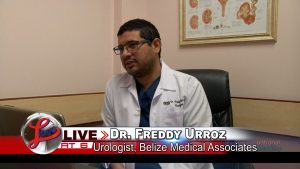 Dr.Freddy Urroz, Urologist, Belize Medical Associates: “The first approach is for the men to perform a  semen analysis along with some blood tests. Another important thing is the semen analysis has to be performed with a three day abstinence but no more than seven days. The general advice will be have a healthy lifestyle. If you are having problems to have kids you need to check it too it’s not to just leave everything on the woman because men can also have some responsibility on not being able to reach the goal which would be to have a baby.”

Nishella Centeno is a member of the Wings of Mine Foundation, which is a support group for women who are battling with infertility. Centeno has been experiencing infertility issues for the past three years and is currently undergoing treatment. She explained that this process has not been easy and comes with many emotional and financial challenges.

Nishella Centeno, Wings of Mine Foundation: “The first time that I did my first treatment and I got to the end where they transferred the embryo that my husband and I made it seemed like ‘Ok this is it, we are gonna get pregnant, it’s an immediate yes.’ and realize that it wasn’t which I think is the thing that many women don’t know is that they think IVF ‘ok I get to this road it’s an automatic baby.’ when it isn’t and so we ended up losing that first embryo and then we tried again and we lost another one and so I got to the point where like ‘ok when is this going to work.’ and so we just finished our third so we’re in the middle of waiting. The financial piece is another challenge. To be honest I think so far it’s come out about $30,000 for my husband and I and so not only in the United States that blocks a lot of medical insurance is from covering that treatment many people I know in Belize the resources aren’t there so many women travel to Mexico or overseas if they can afford it to Europe where it’s extremely cheaper and so the financial is another piece that stops people and then just a time commitment and the emotional stress and trauma that you kind of sign yourself up to get to the goal of having a kid.” 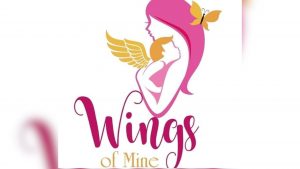