It’s one of the biggest shows in the world and in its new season, it will feature Belizean Romeo Escobar, the National Director for the Miss Universe Belize Pageant. Escobar was one of eighteen new castaways that battled for one million dollars during Survivor’s forty-second season. This new season is being described as the most dangerous version of Survivor ever seen. Via Zoom, Escobar told us how his experience was during filming. 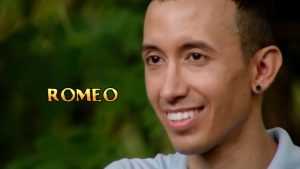 Romeo Escobar, National Director, Miss Universe Belize: “Going into ‘Survivor,’ I knew that it was going to be hard and it was the hardest thing that I’ve ever done in my life and I expect that as the viewers, not only persons that know me but people that do not know me will be shocked to see me in those conditions because I don’t look like this. I’m pretty, pretty dirty and sweaty but you know that’s part of the show.

Reporter: Is there something you learned from it, in the whole entire experience?

Romeo Escobar, National Director, Miss Universe Belize: “Yes it’s, you know, it’s I think that the experience that I took away from competing in survivor is something that I hope to share and bring to the young women that I work with regularly through the Miss Universe Belize pageants that I do, which is anything that you put your mind to you can achieve as long as you believe in yourself. You know there’s always going to be people that doubt you and say no you’re not good for that. No you can’t do that but as long as you know that you can do something no one can stop you and that’s the biggest lesson that I’ll take from my experience in ‘Survivor’. The most difficult part about actually competing in ‘Survivor’ would be the lack of food. You’re not given any food. The lack of a place to sleep. You have to sleep, you know, on the floor. The fact that you don’t sleep well. The fact that you constantly have to be paranoid about everyone speaking about you or trying to get you voted off so it’s a lot to handle. Being in the outdoors, being rained on, being cold, the sun on you all the time, and bugs and dirt and it’s a lot. I spoke a lot while I was out there, in Fiji where we filmed ‘Survivor’, I spent a lot of time talking to my fellow contestants about Belize and how beautiful Belize is and how they should come and visit when they have a chance. So I hope that they see themselves represented and I hope they feel proud that for the first time, there will be a Belizean in a very popular show, not only in the states but around the world. ‘Survivor’ has been on the air for over 20 years.”

The new season premiers on Wednesday on CBS. 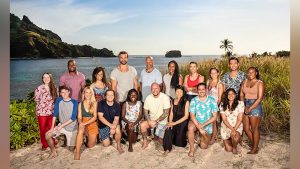 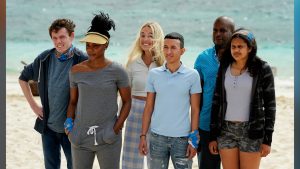