Last night, active cases of COVID-19 crossed the seven-thousand mark and today, the Ministry of Health and Wellness reported some 722 new infections. That means since January 8, there have been four thousand eight hundred and ten new infections. Among these new cases, one thousand five hundred and thirty-four have been reported as recovered, including two hundred and ninety recorded today. In today’s tally, Belize District recorded the most new cases at two hundred and fifty-five; of which one hundred and fifty-one were in Belize City. The Cayo District recorded one hundred and fifty-eight spread across twenty-five communities including fifty in San Ignacio/Santa Elena combined and twenty-eight in Belmopan. Orange Walk was also in the triple digits, recording one hundred and twenty new cases. Sixty-four of those were in Orange Walk Town, another fifteen in nearby Trial Farm and ten in Yo Creek Village. There was one additional fatality, bringing the death toll to six hundred and eight. Active cases stand at seven thousand five hundred and thirty-six. 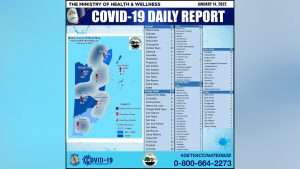 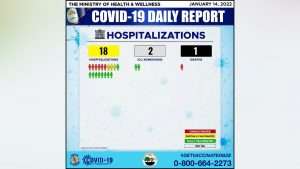 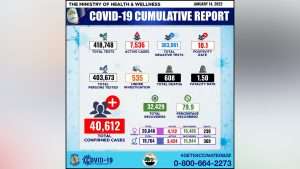 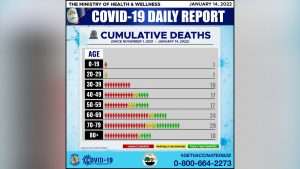