Meanwhile, police in Belmopan have charged a man for fatally shooting his friend. Twenty-six-year-old Julian Henry was charged with one count of manslaughter by negligence in the fatal shooting of 21-year-old Daniel Orellano. On Friday, Orellano was at Henry’s house on Mariposa Street in Belmopan when he lost his life. Sharing more details is Police Press Officer, ASP Fitzroy Yearwood. 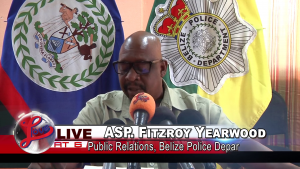 ASP. Fitzroy Yearwood, Public Relations, Belize Police Department: “When police entered the house they spoke to one Julian Henry, 26 years old, who was in the company of two other male persons. Henry claimed to police that he was cleaning his 16 gauge shotgun in preparation for a hunting trip when the gun accidentally went off and most of the pellets went through the wall and a window that was open. Initial investigation revealed that, in fact, he was, this firearm was licensed to him and these pellets found target on Mr. Orellano causing his fatal injury. Mr. Orellano was transported to the Western Regional Hospital where he was pronounced dead on arrival and police have since charged Mr. Julian Henry for manslaughter by negligence. This is based on advice from the office of the DPP.”

It’s a tragic incident that has Orellano’s family and friends mourning. They say he was a kind-hearted person.

Family of Deceased: “He was a loving person. The people talk about him and say he was a great person and naturally I felt shocked when they gave me that news.”

Friend of Deceased: “Everybody from here from the village is in shock because we are going to miss him for sure because he was really a humble person. He was a footballer. He used to play with us everyday here in the field here in Las Flores and then yes, it’s hard to hear one of these news here in the village to lose a person like that because everybody knows him as a good person and everybody will be talking about him, about his story here in the village because he was a really really nice person. It’s hard to hear that he was killed like that. It’s really really hard.”