The lifeless body of a Hispanic man was discovered by police over the weekend in the Stann Creek District. Just after five o’clock on Saturday morning, police visited an area near miles 16 and 17 on the Southern Highway where they found the body of an unidentified man on the side of the highway. The victim had multiple abrasions to his head and body. He was unable to be identified and was transported to the hospital where he was pronounced dead on arrival. According to Police Press Officer ASP Fitzroy Yearwood, the body of the man, who has been labelled as a John Doe, now lies in the morgue awaiting a post-mortem examination. 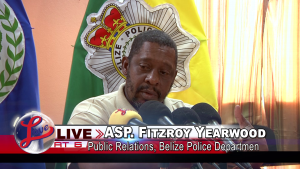 ASP. Fitzroy Yearwood, Public Relations, Belize Police Department: “We have sent out a flier of some of the tattoos that were seen on this body hoping that we could identify him. Someone came forward and claimed to have known that person but after seeing the identification card that was presented to our investigators the person on the ground is of Hispanic decent of fair complexion and the ID card that was presented to our officers is of that of a person with dark complexion so we are still asking for the general public’s assistance in trying to identify John Doe. We have listed as John Doe at the Southern Regional Hospital. Unfortunately I don’t want to be gruesome or anything but the injuries disfigured his face so  we are relying on the tattoos that maybe one of this relatives or maybe a common law would be able to identify these tattoos and assist us in trying to identify that person.”