While the Belize Tourism Board has been focusing on tourists coming to Belize via air, they are also channeling some of their efforts to respond to the challenges faced in cruise tourism. The BTB’s Evan Tillett conceded that cruises have been affected by the many variants of COVID-19 but he’s confident that this sector will also see a recovery to levels seen in 2019. 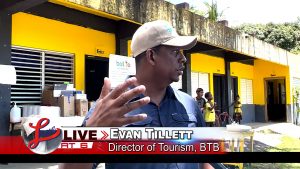 Evan Tillett, Director of Tourism, Belize Tourism Board: “We’re actually heading to Sea Trade next week to meet with the cruise lines to try and get additional and to continue grow the numbers four cruise tourism. The cruise tourism industry had some challenges particularly the omicron issue and the whole COVID issue I think that industry took a tremendous beating more than any other sector within tourism. We continue to work with the lines to get new ships in. They are currently working on ramping up their numbers they were at 50% in terms of capacity there are as much as 60 to 70% almost 80% and then omicron hit and then they had to regress and so they are just now in the process of ramping up those numbers and so we should see a strong rebound in cruise tourism as we move into 2022.”

On the subject of Seatrade, the BTB announced its participation at the cruise industry’s leading annual business-to-business event in Miami. There will be panel discussions and networking opportunities among cruise executives: from ports and destinations to entertainment, hotel operations, environment and health, safety and security and more. This year’s conference celebrates resilience, highlighting the industry’s collaborative efforts across sectors to create a safer, more innovative cruising experience adapted to ever-changing times. But here at home, one of the plans to expand cruise tourism is a docking facility, which will allow large lines to make stops in Belize. Tillett spoke about the urgency of this.

Evan Tillett, Director of Tourism, Belize Tourism Board: “One of the critical things in cruise tourism is to have a docking facility. The ships that are being built now are larger ships and having a tender port creates a lot of logistical issues and so we really need to have a port docking facility in Belize if we are to continue growing the cruise tourism numbers. If we don’t get that then we will end up losing numbers because the bigger ships will bypass our ports so it is critical that we have a docking facility in this country as quickly as possible.”

Tillett also responded to concerns that often times, small, independent operators are left out of the equation. He assured those entrepreneurs that the board will continue to engage and provide opportunities for everyone.

Evan Tillett, Director of Tourism, Belize Tourism Board: “The BTB is the regulator of the industry I go back to that. In terms of ensuring that there is a fairness within the industry we’ll do everything in our power to ensure that. Having a docking facility it does not really change the dynamics in terms of the tour operation side of the business. What it does if you have a product that you can take to the cruise lines and you can sell to the cruise lines you can become a contractor. If you don’t and you want to be an independent operator then the opportunity is there as well but whoever the operator is they control their own destiny in terms of how they operate within the cruise tourism industry. The BTB will continue to regulate ensure fairness and to ensure that there is a level playing field and that is what we will do.” 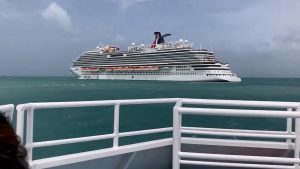