To alleviate the nationwide increase in bus fares the Government has approved a fuel subsidy for eligible bus operators. For months bus operators have been complaining that high prices of fuel have continued to cause them to operate at a loss. As you will recall members of the Belize Bus Owners Association (BBOA) had threatened to carry out a countrywide shutdown of the transportation industry if there was no relief. Fortunately, tonight, GOB’s fuel subsidy of 91cents per gallon will provide some relief to the BBOA for the next six months. President of the BBOA, Thomas Shaw says that despite GOB’s one point one million dollars subsidy bus fares will increase on April 15.
Thomas Shaw, President, Belize Bus Association: “This is something that we had been clamoring for for years but whenever we approach and we say we are looking for subsidies especially when it comes to fuel they told us point blank that,  well from the other administration they told us point blank that government isn’t really going to touch that because that’s where government actually makes most of its money from. But when we came in and we met the first time we had made a proposal whereas the minister, the CEO everybody was on board and we told them actually what the operators would be looking for or what the association would be looking for for its operators in order for them to stay afloat but you know whenever we have consultations like that it still has to go to cabinet but when it went to cabinet the government they were mindful that it would have been burdensome to pass on all that hike in bus fares to the commuters. So when they took it to cabinet the decision was made well yes they are going to give us half of what we had asked for in bus fares and the government would be taking the other half so the commuters would be paying someone the government would be taking a loss for the next six months. I’ve made it clear to them already that I need something in writing from them because they said after six months then we would revisit. If the fuel drops then there will be no subsidy then we have to go back to the table and then we go back to square one initially what we had initially asked for. What we are getting right now is what we should have gotten 20 years ago because when we were asking for that fuel was just like $6 or $7 a gallon here we are right now the fuel is like $13 a gallon so basically it’s so hard because it feels so hard to the commuters into the public due to the fact that they took so long to address the situation whenever you want a raise right now it’s like you’re glowing like 100 two 100% but in reality there is a need. There is a need and the government sees there’s a need and that is why they actually it was a bit surprising to us because we heard don’t touch the fuel because that’s where government makes its money from but they acquired like $1,000,000 to actually put back into subsidies for the next six months but for the next six months it’s not gonna stop there because of the subsidies stuck then we want our peace as well.”

Minister of Transport Rodwell Ferguson says that after months of negotiations a fuel subsidy was the best measure to mitigate the effects of increased bus fares. 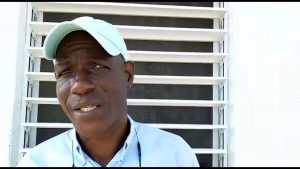 Hon. Rodwell Ferguson,  Minister of Transport: “In 1992 the price of diesel was less than $3 a gallon and there was no major increase to the bus fare from 1992 until present. There was an increase in 2017 but now with the price of fuel that does not reflect the price of fuel today so the bus operators are saying then that we cannot afford to run because we can’t maintain our buses and so for the last month we are in negotiations to figure out what is the best way forward. On Tuesday after cabinet we came to conclusion when I took to cabinet a price increase the price increase would have been from 1 mile to 12 miles $0.25 increase from 13 miles to 24 miles $0.50 increase and anyone above 25 miles is a dollar increase but it still did not compensate but I am trying to be reasonable with the commuters because we understand the crisis the country is in, the crisis the world is in so if we pass on all the costs of the consumer the commuter then they will say nothing is there for me and so from government level and government standpoint we had to come up with a subsidy and government agreed that they’re going to subsidize the bus industry for a period of six months, we are going to revisit it after six months to see if the price of fuel goes down and we want to cap the price diesel for them at $12.50 a gallon with the subsidy. And so while they would not get their increase they would get a subsidy I think it comes up to $1.1 million and it varies across based on the miles that they do and it’s $185,000 a month subsidy they \ are going to get from the Government of Belize to make sure that they can provide the services to the commuters across this country. So I think after I met with them they all wanted to strike but I tried to figure out how we can be reasonable. I can see that they are very reasonable because they understand and we worked it out and we came to an impasse and we agreed that the price that we have given them that they are satisfied with.”

While some commuters would have seen up to a $3 increase on a one-way trip, this has been capped across the entire country to a maximum of $1 only. Effective April 15th, commuters can expect their public transport fares to increase by 25 cents for trips below 13 miles, 50 cents for trips between 13 and 25 miles and a dollar for trips above 25 miles. New fares apply to both regular and express runs. 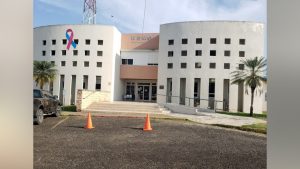