Four persons are dead and another injured after the vehicle they were traveling in crashed into a lamp post. The scene laid out on the Philip Goldson Highway just before seven o’clock last night saw four men with varying degrees of injuries flung from the vehicle to the side of the road and the middle of the highway.  Reporter Courtney Menzies has more details on this case.

Courtney Menzies: “It was right here between mile six and seven on the Philip Goldson Highway that four young men tragically lost their lives in a car accident last night. Their vehicle a white Toyota Camry was found on the side of the road split in half. The driver was the only one of five to survive the incident. What could have caused this tragic car accident? The police were able to give us more information on the matter.”

A.S.P. Alejandro Cowo: “Yesterday at about minutes to seven police responded to a fatal traffic accident between miles six and seven on the Philip Goldson Highway where upon arrival they observed two bodies in the middle of the highway, one was beside a vehicle and the other was in some bushes not far from the vehicle. The vehicle was a white in color Toyota Camry which was actually cut in half after it hit the lamp post and as a result of that the persons received severe injuries to their bodies. One more person was transported to the hospital, Allison Stevenson where he was admitted to the hospital and he was discharged.”

Courtney Menzies: “What are the factors that led to the death of twenty-two-year-old 22-year-old Leads Bermudez? 21-year-old Gian Martinez? 18-year-old Andrew Lamb and 22-year-old Mileage Gill? Superintendent Alejandro Cowo said that speed is definitely one of them.”

A.S.P. Alejandro Cowo: “I believe that the initial information that we got from witnesses is that apparently the vehicle suffered a blowout causing the driver to lose control of the vehicle and hitting the lamp post which caused the vehicle to be torn into two pieces. It had to be because of the high speed.”

Courtney Menzies: “It is still unclear whether the men were under the influence of alcohol but  the one survivor Allison Stevenson has turned himself into police.”

A.S.P. Alejandro Cowo: I know that the post mortem will be done on the four bodies. Samples will be taken from blood, then that will be analyzed and will determine if they had alcohol in their system or not. At this moment I was met to understand that the driver just turned himself into Ladyville police so we have to look into that situation because when police arrived at the scene Mr. Stevenson was already being transported to the hospital.”

Courtney Menzies: “The families of the young men were all at the morgue this afternoon grieving their loved ones, understandably they refused an interview . Reporting for Love News I am Courtney Menzies.

Unconfirmed reports indicate that the group of men were at a friend’s house in Maskall Village, Belize District and were returning to the city when the accident occurred.//////// 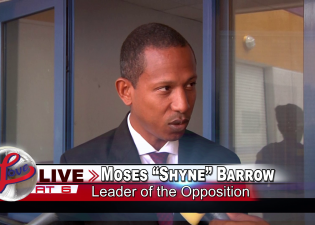 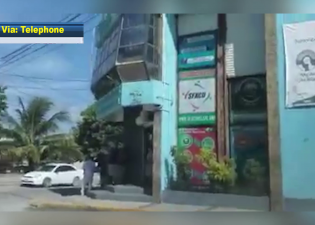 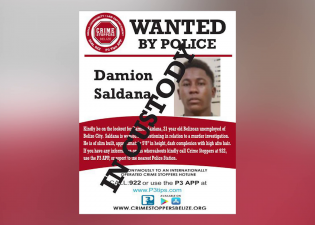 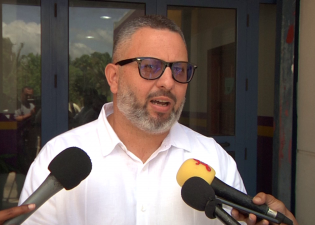