On Sunday morning 56-year-old Carlton Belisle Sr., succumbed to his injuries. Belisle Sr., a mechanic, was shot on Thursday night at his home near mile sixteen on the George Price Highway. Belisle Sr. told investigators that at around 11 o’clock, he heard someone calling for his son. He went to check and when he opened the front door, he was met with a barrage of bullets. He was rushed to the hospital where he died three days after being. Police Press Office, ASP Fitzroy Yearwood says one person has been detained. 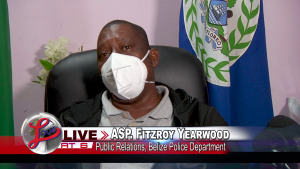 ASP. Fitzroy Yearwood, Public Relations, Belize Police Department: “We know that Belisle was at home when he heard someone shouting for his son. He went outside to see who it was and that was when a barrage of bullets were shot and fired at him. He was transported to KHMH and he succumbed to his injuries whilst undergoing treatment. We know that police have since detained someone and I will verify whether or not that person was charged for this murder. Obviously, they were looking for his son.”

ASP. Fitzroy Yearwood, Public Relations, Belize Police Department: “Well, that I wouldn’t be able to answer at this moment. Well I know that investigators are following several leads.”

Dale McDougall, Love FM News: Have investigators questioned the son in this case, to your knowledge

ASP. Fitzroy Yearwood, Public Relations, Belize Police Department: “Well, Dale, that is why we have so much information into this matter. So, as soon as an arrest is made, I will pass it to you.”