Police are on the lookout for a man who is accused of stealing a large sum of money. Police say that at about two o’clock yesterday thirty-five-year-old Sheree Bateman was heading from Belmopan to San Ignacio in a white 2009 Mitsubishi Outlander with a family friend, Jonathan Cruz Bahadur. Bahadur unexpectedly diverted into a feeder road into Bradley’s Banks area. Bateman says that she asked why he had diverted to which Bahadur replied that it was a shortcut. Reports state that Bahadur instructed Bateman to open a bag containing twelve thousand dollars belonging to her brother. She refused and subsequently, he began allegedly assaulting her. Bateman further stated that while he was driving on Luma Luz Boulevard, she jumped out of the moving vehicle, fearing for her life. She received various degrees of injuries to her body. Bahadur made off with the vehicle and $12,000 in cash. Ann Bateman, Sheree’s mother explains further details about what happened. 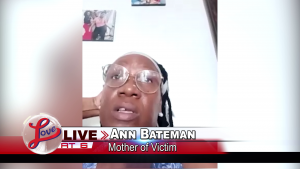 Ann Bateman, Mother of Victim: “I gave her a call about 1:15 and she said she was in Georgeville. So I saw that at a quarter to two she wasn’t in San Ignacio. I saw 2:15 and she still didn’t return to my establishment and a couple of minutes after that she came rushing in and told me that Jonathan tried to kill her, was choking her up.”

Reporter: Did she say what led up to that altercation ?

Ann Bateman, Mother of Victim: “Telling her to take the money out of the bag, he is demanding the money that they were taking to buy this car $12,000. She beat her up in the head, dragged her head and hit her in the head with bottle and she said I had a knife in the car and he attempted to stab her with the knife and they had a struggle. She had to jump out of the moving vehicle, came to me and then we went to the police station and the police assist me in getting my car back because he was in my car and he parked it by the complex in Santa Elena. I know him very well because he comes here to my business establishment and when he’s hungry I feed him and he just got out of jail from England I gave him some clothes, I gave him some footwear.”

Ann states that her daughter was taken to the hospital to receive treatment and is currently at home. The vehicle was recovered on Bishop Martin Street. Police are currently undergoing an investigation into Bahadur’s whereabouts.