COVID-19 infections have now spread to the Belize Central Prison. The Hattieville facility, run by the Kolbe Foundation, reported a spike in cases among the inmates and staff since Monday. As a result of the sixty-four infections, including twenty-eight reported today, the prison is on lockdown. Kolbe Foundation CEO and prison director Virgilio Murillo spoke to Love News about the situation this evening.

Virgilio Murillo, CEO, Kolbe Foundation: “This thing started on the 10th of January which is just a few days ago with three cases and that is because those tests were prompted because they were inmates who were complaining of certain symptoms, flu like symptoms that is, runny nose, a little sore throat, maybe and mild temperature that kind of stuff and you know when they were tested then we came up with three cases. Well of course once you have one case you have to go into contact tracing mode and that is when we began doing contact tracing and we discovered nine cases the following day and then yesterday we had 24 cases and then today another 28 cases popped up but by all indications based on the doctors consultation with the Ministry of Health he has concluded that all the symptoms that the inmates are displaying and the staff are displaying are very much similar to what is the symptoms associated with the omicron variant. We’ve had 11 staff overall who tested positive so we had overall 64 cases.”

Prior to this week’s outbreak, the facility went without any new infections since a single case was reported in early December. That was thanks in part to a very tight system. We asked Murillo if the prison let down its guard in the weeks thereafter. He explained that the facility will continue to do all it can to ensure there is not further spread.

Virgilio Murillo, CEO, Kolbe Foundation:  “We have a system in place where when you go to court you are normally isolated for a period of roughly 5 days and if you don’t display any symptoms at all then you are relocated back to the building where you had left from to attend your court because this was a remanded prisoner, he had gone to court I think in Dangriga if I’m not mistaken and he came back and he’s put into quarantine for five days to see if he’s going to display his symptoms because we know once they go into the public they are very much at risk of catching this virus because they will be mingling with police officers, they will be mingling with maybe family members who go to see them at court who knows? Maybe even the media so this one was very peculiar in the sense that he had undergone his requisite five day quarantine and he was placed back into his building and then a few days later he began having symptoms and that is when the doctor did the swabbing and found that he tested positive for COVID and like I said all of them so far are complaining about these little sore throat and runny nose and maybe aches in their bodies and a mild fever type thing so this was a crazy one. I don’t know if the person can do any better to tighten up what we already have in place. Obviously it wasn’t running by a visitor we are just taking the precaution simply because we know during this time it is about mitigating the spread now and the smartest thing to do is really to put all the buildings in locked on where no movement is going to take place that way the virus doesn’t get to move around any at all so it’s going to be confined to where it is at.”

Murillo told us that inmates who’ve tested positive will remain in their cells with limited interaction with prison staff. Those staff, who will facilitate purchases at the commissary, will be wearing personal protective equipment./// 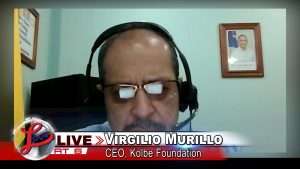 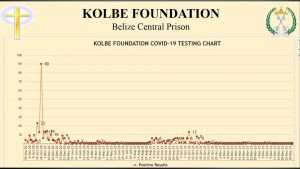 PM Briceno Says Faber Had No Choice but to Resign

Forest Department Looking Into the Importation of Ostriches

Prices at the Pump See a Major Uptick

Tracy Panton Wants to be Leader of the UDP

Shyne Wants to be UDP Leader Too

UDP Chairman says Faber Has Not Officially Resigned as LOO

PM Briceno Says Faber Had No Choice but to Resign