As for the schools that are still pending approval to reopen, CEO Maheia says it has to do with how prepared the facilities are to ensure a safe environment for the students.

Diane Mehia, CEO, Ministry of Education: “Not yet approved the schools are not yet approved. The reason would be maybe that they don’t have everything in place yet so we’re looking at for the evidence of things like the hand washing protocols that can be followed. Do they have hand washing stations, do they have water, do they have the supplies that they need. Do you have the physical spacing prepared? Do you have the signage for the students remember the protocols these are the physical things that we’re looking at. As far as the planning goes we really seen that schools have been working diligently it’s not new the things that we’re asking for so they have their plans in place. They know what needs to be done especially those schools who had started from before they’ve had the opportunity to test the protocols and say OK I thought they could work this way but maybe I need to make an adjustment so it would work this way so the schools who have not yet been approved it’s because they are fine tuning all the elements for the students and the teachers to return.”

Aside from the new hybrid system, will the students be allowed recess as was once the norm. CEO Maheia spoke on this angle of safety for children.

Diane Mehia, CEO, Ministry of Education:   “Yes you can still have recess. It’s a different sort of recess you know the play engagement is different but children are children and they need –

Ernesto Vasquez, Host, The Morning Show: And they will gather.”

Diane Mehia, CEO, Ministry of Education:  “They will gather but you know we also have to remember that while we don’t have a vaccine mandate in this country we do have a mask mandate and that it is the mask wearing that is particularly important in helping us to fight covered. What we’re seeing is that they are able to follow the protocols. They are able to keep the masks on.“ 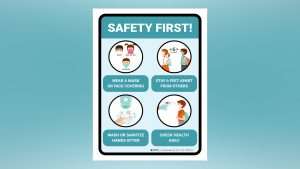