A businessman in Hopkins Village, Stann Creek District was found dead inside his home when Police and fire officials arrived at the location to extinguish a fire. Reports indicate that it was a neighbor who saw the smoke coming out of the restaurant just before two o’clock this morning. Correspondent Harry Arzu spoke with the landlady, Ovita Aranda. 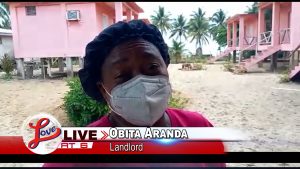 Ovita Aranda, Landlord: “The restaurant is rented to a Chinese national. I knew he was working up to late after 11 in the night.”

Ovita Aranda, Landlord: “Right at the restaurant here. His lights were still on. People were still coming by to buy food. It was like 2:00 when I got to know but I think that.”

Reporter: 2 in the morning or?

Ovita Aranda, Landlord: “2 in the morning. 2 a.m. but I think it happened before that.”

Reporter: What happened before that?

Ovita Aranda, Landlord: “I guess the fire happened before that. He operates through the burglar bar so you don’t know what’s going on in there. He operates through the burglar bar because when my son woke up in the middle of the night, that was like after 1 that’s when he saw the thick smoke and he was concerned and he came to check and that’s how he found out what happened so he tried to call the guy but there was no answer. So we became concerned and called the police.”

Love News understands that the body of 39-year-old, Jing Den Tan was found inside his bathroom with burns to the body. The burnt structure housed the Rainbow Restaurant located on the southside of the village. According to Francis Zuniga Senior, the authorities arrived quickly on the scene but they could not save the businessman.

Francis Zuniga Sr., Neighbour: “Then we saw smoke out of the house. Smoke! I couldn’t even.”

Reporter: From the restaurant?

Francis Zuniga Sr., Neighbour: “Yes from the restaurant across the road. The next thing I saw was smoke. There is a building beside the restaurant, about 15 or 20 feet. I couldn’t even see that building and then while I was sitting down, because these guys were trying to pry the burglar bar with the crow bar, I told my common-law to go get the sledgehammer. She got the sledgehammer and gave it to them and that’s the way they broke the first burglar bar and tried to get inside but, boss, I can tell you, when that first hole, after they broke the burglar bar, the amount of smoke that came out of there was no joke. I couldn’t even feel those guys and then because they shouted to the guy “Chineyman come out, we deh ya, listen to what we are saying, come out, come out, listen to us, come out! Cho!”  When they burst open the door they swarmed in there and as fast as they went in, they came back out because of the smoke.”

Reporter: What did they come out with? 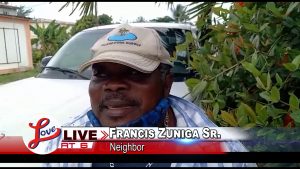 Francis Zuniga Sr., Neighbour:  “From Dangriga and then we have the emergency clinic  by the Hopkins junction there. They responded too and the police were here already and then when the fire truck arrived, immediately they got into action and then they sprayed water then hey found the man, naked, dead in the toilet part.”

Reporter: In the bathroom?

Reporter: Do they know what caused the fire?

Francis Zuniga Sr., Neighbour: “Well I think they said that probably he was smoking and left things on his bed because it was his bedroom that had the biggest damage.”

A post mortem examination has been scheduled for this week. 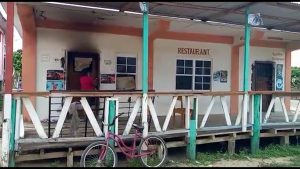 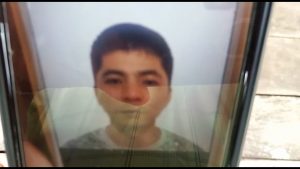