Last week, we reported on the acquisition of Alternative Networks Limited by Belize Telemedia Limited (BTL). As part of the package, BTL acquired SWITCH TV, which is an app similar to Netflix. When the story hit the airwaves, our newsroom was informed that anyone with a phone can access the security camera in San Ignacio Town and Benque through the app. We confirmed this ourselves and, as residents there expressed to us, it’s cause for concern because the security cameras were placed in public areas to assist the police with citizen security. But now residents are concern that criminals can use this feature to their advantage. Hipolito Novelo did a little digging. Here is that report.

Hipolito Novelo, Love FM News: Imagine a security camera mounted on a lamp post just outside your house or business. Imagine a security camera placed on a lamp post around a public park or area. It doesn’t sound bad. It’s for citizen security after all. This was the plan back in 2019 when it was reported that Alternative Networks Ltd had partnered with the police in San Ignacio and Benque to install security cameras as a part of their department’s crime fighting strategy. It was also reported that a donation was made by Belize VU, a sister company to alternative networks, which provided the technology and infrastructure for the initiative. Interestingly, Belize VU’s slogan is “Your Eyes On Belize.” But, these security footage were meant for the police’s eyes but now, every Tom, Dick, and Harry has access to the security feed in San Ignacio and Benque through the switch Tv act which came as part of the acquisition package negotiated between BTL and Alternative Networks. BTL’s CEO, Ivan Tesecum, spoke to Love News. 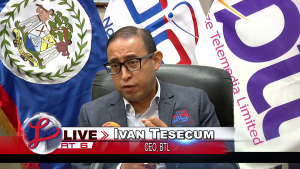 Ivan Tesecum, CEO, BTL: “That is a different company and that is not part of our acquisition.”

Hipolito Novelo, Love FM News: Ok but which company is that?

Hipolito Novelo, Love FM News: But, it appears in the Switch TV?

Ivan Tesecum, CEO, BTL: “Right. It can appear because you’re ingesting it into the app but it doesn’t mean it will. It forms a part of what was purchased. That’s a different company.”

Hipolito Novelo, Love FM News: Okay. There’s the BTL TV BOX I think it’s called, connected to the TV but the person is telling me that they can access the security cameras from the street.

Ivan Tesecum, CEO, BTL: “Right, because like I said, it’s ingested so what I mean is that those. So think about it that you can right now if you have a security camera at home, you can go over the internet and you can watch it. You can watch it right off of your cell phone. So the same idea is those cameras, and I don’t know about security but those cameras, video cameras, you’re able to put that right into the app and that’s why it’s there. Just like how you get the live feeds from the channels and you are able to put it into the app, it’s the same way it is done. We didn’t buy that company with the cameras. We bought what is considered to be the Switch TV App, the IPTV headend and then the other three cable companies that come under that. For us, we didn’t buy that security system or whatever you’re referring to.”

Hipolito Novelo, Love FM News: Just this week we confirmed that anyone can still access the feed transforming citizen security to a security risk because this easily accessible footage of different areas in San Ignacio and Benque can be used by all sorts of criminals. Let’s say somebody tries to use this to plan a robbery or murder. Isn’t this something that should be nipped in the bud right away? 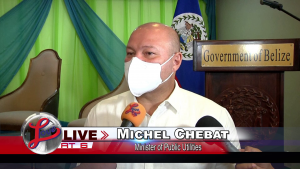 Michel Chebat, Area Rep. Cayo North: “I don’t know that everybody has access to it. If you are saying that, you may have information which I don’t. I am sure that BTL will take the necessary steps to avoid anything as that.”

Hipolito Novelo, Love FM News: I used to have access to the app and I could see the security cameras so it’s a little concerning.

Michel Chebat, Area Rep. Cayo North: “Well it is a concern andI’m glad you’re raising it and then I suspect that BTL must take steps to ensure that that is segregated and only the police have access to it.”

Hipolito Novelo, Love FM News: Again, BTL says that the security cameras were not part of its deal. Regardless, residents in those municipalities say they want the police to do something about it. Reporting for Love News, Hipolito Novelo.