Joshua Young, the Caye Caulker man who was viciously attacked by a crocodile in early April, started a GoFundMe account to raise twelve thousand US dollars to cover medical expenses. Young managed to fight off the 10-foot croc after he went diving and spearfishing on the north side of The Split area in Caye Caulker Village. The 28-year-old bartender managed to pry open the croc’s mouth to escape. Young received lacerations to the head, nine fractured fingers and his heart stopped during surgery due to the amount of blood he’d lost. Young managed to swim to the shore and get help. He was airlifted to the KHMH in Belize City where he was treated. Young has raised close to eleven thousand US dollars. Young stated (quote) “I am back home and I’m taking the time to rest now which will take some time but I promise I will bounce back”. (end of quote) 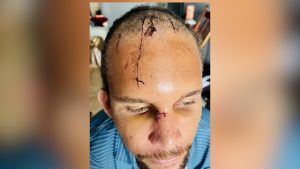 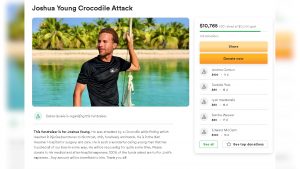