While the courts have ruled that the monies be placed on hold, our newsroom understands that several stevedores of the Christian Workers Union (CWU) have received their portion of the 1.5 million ex-gratia payment. Reports indicate that the disbursement began this morning before the court’s ruling was handed down. The question now is whether those monies will have to be returned to the union. Our newsroom sought clarity from the President of the CWU, Evan “Mose” Hyde but our efforts were futile. We will continue to follow the situation and provide details as they become available. 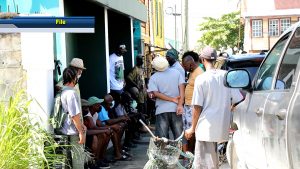