The daughter of detained Cuban nationals is speaking out against what she describes as the unjust treatment of her parents. her parents along with 8 other undocumented Cubans were detained in a cane field near the outskirts of Carmelita Village in Orange Walk District. Three Belizeans men were also arrested for human smuggling. Maigret Hecheverria Mosqueda appeared on Miami-based TV Programme, Ahora con Oscar Haza, to shed light on what her parents have been going through here in Belize. Hecheverria Mosqueda further explained that her parents’ imprisonment was due to misguidance on their attorney’s part. 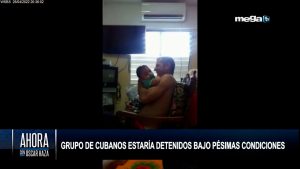 Maigret Hecheverria Mosqueda: “ On April 7th, they were taken to the police station in Orange Walk and there they were given a first trial. At the first trial, they pleaded not guilty. They were a bit misinformed. It seems that there, they mistakenly told them that if they pleaded not guilty and paid the fine they had to pay to the Government for having entered Belize illegally the next day, they would be released. So on the second day of court, they pleaded guilty. However, they were completely deceived because that same day they paid the fine but were transferred to the Belize Central Prison and have been there ever since.”

Accompanying Hecheverria Mosqueda was Immigration Lawyer, Alejandro Vasquez Sanchez who stated that despite the intervention from the attorney, the treatment of the Cubans is terrible. 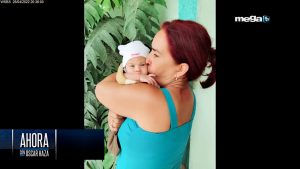 Maigret Hecheverria Mosqueda:  “Fortunately in Belize, the Human Rights Commander who is a lawyer is trying to help these people even making a writ of habeas corpus so that they can be released. The argument offered by the Government does not make sense because once they leave, people leave the country. But there is nothing that implies that a person seeking refuge is first judged and punished for entering a country requesting refuge and after it is avoided, you can pay a penalty, leave a country without any protocol, no agreement to send to your country of origin and it is not a repatriation issue as they proposed because these people are not asking to return to Cuba.”’