Most Belizeans will never forget the fire at the former Princess Royal Youth Hostel that prematurely claimed the lives of three teenage girls. This incident occurred in twenty-fifteen after the girls were locked in a room reportedly as a form of punishment.  The girls, wanting to be let out, started a fire in hopes that the smoke would prompt the caretakers to let them out. However, that fire quickly blazed out of control, which led to a fatal result. A year after the incident, then CEO of the Ministry of Human Development, Judith Alpuche told the media that be working on compensating the parents of the girls. The minister of Human Development and Families, Dolores Balderamos- Garcia, stated on The Morning Show that almost seven years later, there are indications that a settlement has been arrived at. 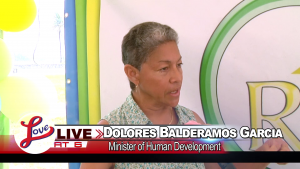 Dolores Balderamos-Garcia, Minister of Human Development : “It was a severe systemic failure. You know?  They were locked in, somebody went with the key. You know? It was, Gross negligence. Gross gross negligence. I think there was a settlement you know? But I really, you know, I’ve been in the ministry now a year and a half and I myself don’t know the terms of the settlement. I think they kept it all a big secret you know?”