A Belize Defence Force soldier is facing a possible charge of manslaughter following a fight that turned fatal on Friday night. 38-year-old, Estevan  Baeza reportedly got into an altercation with BDF Private Raheem Williams in Central Park in Orange Walk Town. Love News understands that Williams reportedly hit Baeza several times on his head and body. Baeza was taken to the Northern Regional Hospital for medical attention, but he succumbed this morning. According to Baeza’s mother, Vicenta, her son was attacked by Williams after he asked back for a lighter he had loaned to him. 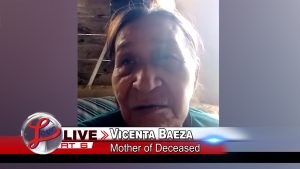 Vicenta Baeza, Mother of Deceased: “My son came and asked for coffee. I gave it to him. He drank it and said he felt like eating tacos or fried chicken. He left and in that moment, I had no clue what would end up happening. If I had known, I could have prevented it. I thought we were in a free country. I thought we were free in Belize and shouldn’t be scared of anything. What happened was an injustice. He, as an officer, was supposed to just detain my son. If he was being aggressive, he should have just spoken to him. He borrowed a lighter from my son and began sharing it around. When my son asked back for the lighter, he punched him down then he tripped my son again. He fell down and the soldier started stomping him with his big boots. That is an injustice done to a boy who is much smaller than him. He acted like a complete animal. They teach them to act like that at war not towards the Belizean people.” 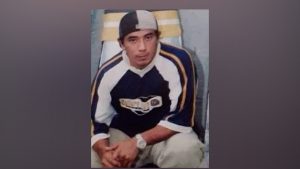 According to Baeza, it is yet to be confirmed if her son died as a result of the injuries he sustained during the fight. A release from the Ministry of National Defense notes that the Commander Belize Defence Force remains committed to the facilitation of the police investigation.