About an hour before Saldano’s murder, there was another killing, this time in rural Belize. 27-year-old, Dijon Foreman, a father of two, was the victim of that incident. His murder has shocked his family as Foreman was not known to be a troublemaker. Our newsroom understands that Police have recovered the suspected murder weapon and have detained his alleged killer. We join Reporter Vejea Alvarez for the story. 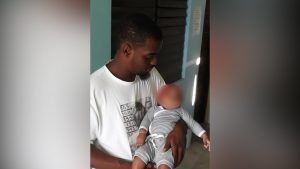 Vejea Alvarez, Love FM News: Three years ago, 27 year old Dijon Foreman left his childhood home on Mayflower street to escape the gun violence that plagues that area but last night Foreman’s worst nightmare became a reality when he was gunned down and left for dead. Around 7:40 the father of two left his home on Myrtle Wade Crescent in Ladyville Village and headed over to a neighbour where shortly after, gunshots rang out. Police spokesman, Fitzroy Yearwood, says that when police responded to the scene the man that Foreman went to visit told police that an attempt was just made on his life.

ASP. Fitzroy Yearwood, Public Relations, Belize Police Department: “Police visited a residence on Myrtle Wade Crescent. While at that residence they saw the person that occupies that house behaving in a nervous manner and while questioning that person he claimed that someone went to his residence and tried to shoot him. Police did an extensive search of the yard where they found 27 year old Dijon Foreman in the yard, motionless, apparently dead. Police conducted additional search in the yard where they came upon a firearm that they believe may have been the murder weapon. This man has since been detained by Ladyville Police and we’re hoping to bring closure to that incident very soon.”

Vejea Alvarez, Love FM News: And that closure is needed for Foreman’s family who is left clueless as to why he was killed in cold blood. One of his cousins who grew up with him says that when she got the news it felt unreal.

Vejea Alvarez, Love FM News: Foreman who was a sales representative is described by his family as a hardworking man who fought and sacrificed to receive his education as he is the only male from his family to ever graduate from highschool.

Relative of the Deceased:   “When it was time for Dijon to go to school, there were many days that we didn’t have it but ambition, like what I said, is what my cousin had. Nothing ever stopped him from getting his education. Dijon went to school with .50 cents and I am talking about Gwen Liz Highschool. .50 cents and you wouldn’t know that was what he had in his pocket. You wouldn’t know that Dijon was going to school hungry. Dijon was the first male from behind here who graduated from highschool who you knew had wanted something in life. Dijon watched only the Geographic channel. Smart, when I tell you smart. I don’t know my cousin to have problems with anybody out there and that was the reason he moved from behind here on a whole. It was to get out of this kind of life.” 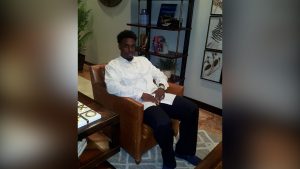 Vejea Alvarez, Love FM News:  As for the motive behind the shooting, according to ASP Yearwood, one is yet to be established but investigators are hoping to make a breakthrough in this latest homicide. 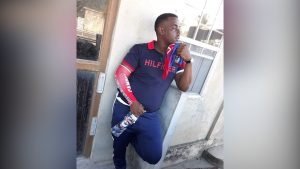 Relative of the Deceased: “He was a good dad, a good brother, a good son, a good grandson, a good uncle, a good person in general, that was just Dijon He was very ambitious. He was a go-getter, self motivated. Nothing ever stopped Dijon.”