“There was a joint operation that was conducted between the police and fisheries officers at Lighthouse Turneff Atoll. Basically it was an operation that took place from the 2nd to the 5th of February, over the weekend and officers while conducting this operation came across a sail boat out at Lighthouse Reef in which six people were arrested for possession of undersized conch. During that operation on that day and also on another day during the same period there were three more individuals on another sail boat who were charged who were also found with undersized product.”

“Now we’re looking at all of this conch here, what kind of value are we looking at?”

“So far five individuals have been charged in court which comes up to a total of 1,207 individual undersized conch of which these five individuals one had 514, another had 197 and another one had 167, 164 and 137 respectively so they were all charged for those respective quantities in court. The total fine amount to over $26,020 in fines and penalties for this total amount of conch that we have here.”

Gamboa says there is a protocol for distribution in place when marine products are confiscated.

“At the end of each case the judge will forfeit the product as the property of the government of Belize to be disposed of at the discretion of the fisheries administrator which we have a list of 68 feeding programs throughout the country that we contribute these products to. So these products here within the next few days we will be distributing these products to these places. We rotate depending on the quantities that we have to the different feeding programs.”

Thirty-one year old IdelfonsoSho, a fisherman of Copper bank Village, pled guilty to charges of engaged in commercial fishing while not being the holder of a valid fisherman’s license and possession of 167 undersized conch when he appeared today before Senior Magistrate Sharon Fraser. He was fined $205 for each offence and he was given until March 31 to pay. If he defaults on payment he will serve 2 months. In addition he was fined $20 for each conch, which amounted to $3,340. The incident occurred on February 3. Fisheries officers went to east of Blue Hole at Lighthouse Reef Atoll and found Sho on board a fishing vessel, Sea Green Eyes. Sho was unable to produce a fisherman’s license and he had in his possession the market clean conch. Each conch did not exceed 3 ounces in weight.  Also before the courtsare four men who were found doing commercial fishing without a valid fisher license.Gamboa says the men could face a fine ranging between one to five hundred dollars.  Notably, the Fisheries Department had extended the deadline from January 2, 2017 to February 1 for fishermen to obtain their licenses and with that extended deadline already passed the Compliance Unit is making checks. 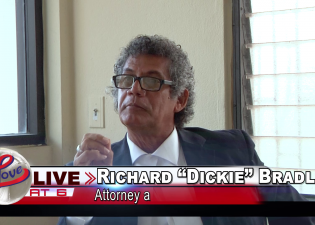