The Belize Bus Association is planning a nationwide demonstration to shut down the bus industry. The BBA wants the government to address the high price of fuel by either lowering the fuel price or approving an increase in bus fares. That decision will have to be made by Cabinet and according to BBA Secretary Ewart Metzgen, that decision might take two weeks. Members of the association which include the five largest bus companies are not willing to wait two weeks. The BBA plans to send a clear message to the government. But not all bus companies are part of the BBA. So how will the impending national shutdown affect companies like Floralia Limited. that is what we asked the owner, Marvin Vanzie. 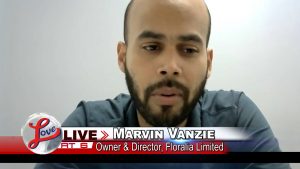 Marvin Vanzie, Owner & Director, Floralia Ltd.: “I believe that the BBA has every right to plan out their demonstration to bring about a point. I understand their point. They feel that the prices are expensive and there’s no reflection in the ticket pricing. So they’re in a difficult position, especially with buses that consume a lot more fuel because they tend to be older engines. So I know that they’re feeling it and we are too but I think that we haven’t been contacted about anything related to that and we’re here to provide a service. So people need to move and I think that there’s other ways of negotiating and speaking with government and authorities so that a change could happen and it, resorting to some extreme scenarios is their choice and I’m not going to judge that. It’s their choice but it’s also our choice to continue to provide a good service so on that day we’re going to take every precaution towards making sure that our buses are safe on the road. Yes it is of concern so that there’s some level of discussion within our team and some level of action that’s taken towards making sure that our buses are safe. So for example, if we have to then speak to the police department to make sure that we have police on board which a majority of our buses do have that. So we’ll do whatever we have to do to make sure that the buses are safe but we are also intent on making sure that we provide the service that we have a contract with the government to provide. We’re mandated to daily, that’s why we’re not supposed to be shutting, breaking down on the road and all that. We need to move people to work, to shopping, to whatever they have to do.” 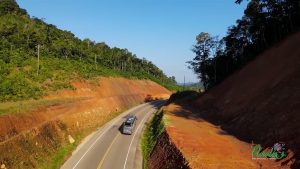