Former Belize Defence Force soldier, 53-year-old John Brackett says that his disability claim is being denied by the Social Security Board (SSB). Brackett who recently had his right leg amputated says he has over 500 contributions and was recently left unemployed. He sought assistance from the SSB through a disability claim but was told he does not qualify. Brackett says he deserves his money. Here is how he explained it. 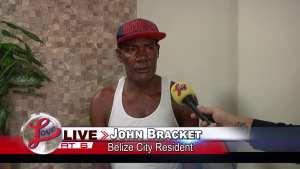 John Bracket, Belize City Resident: “When I went to the Social Security Board they asked me for a medical report. It took me three weeks which I paid like $50 for. I went back and I presented it to the individual at the front desk and she went with my application. I filled out the application and the person went with my application for about 15 minutes, ten to fifteen minutes and she returned and told me that I won’t be able to claim because I haven’t been employed from since 2018 to 2022 but prior to that, I explained to them that I have more than 500 contributions and I believe that I am entitled to some kind of benefit. The individual looked at me and told me that I am not qualified but I must go and see a doctor and get a medical report from another doctor, from a specialist, from someone else in the medical field. But, I am telling her that I do have a medical report from the person who did my, the doctor who did the amputation on my feet. He had given me a medical examination to present to the Board and I believe that they should have honoured that. Being an invalid is not easy for you to go there and look for a doctor and go there and look for, you know when you already have something there.”

Love News asked the Chief Executive Officer of the SSB, Deborah Ruiz who explained her qualifications to receive disability benefits from the SSB. 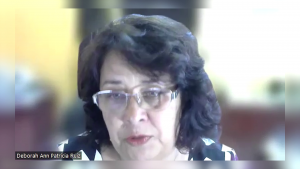 Deborah Ruiz, CEO, SSB: “In terms of invalidity benefit, once you have the contributions required, a minimum of 500, and you have 110 in the last three years and the medical practitioner concurs that you are permanently incapable of work then you meet the criteria to be paid a pension. If you do not, and the medical practitioner is saying that you can work then you will not be entitled to the benefit. If you do not satisfy the contribution requirement, if the doctor had said yes then it would either be a pension or a grant. We have different benefits under the long term. 654 contributions is enough to qualify you for a retirement pension. Unfortunately, the retirement pension is not payable until age 60. We cover in the short term for sickness benefit and invalidity benefit. Right? Now, sickness he would not qualify for again because you said he hasn’t worked since 2019 and based on the current rules, you have to be in insurable employment in the 13 weeks prior to when you fall ill. The same is the situation with invalidity. If you have not been working in the last five years prior to when you fell sick then you may fall short. He may have enough contributions to get a, I would say a fairly large grant but then that negates, I’m not certain the age of the person, if he’s closer to retirement then it might be best to wait for retirement. But it will be best for me to ask the branch to reach out to the gentleman and explain his options to him.”