The former chair of CITES Scientific Authority Dr. Elma Kay explained to Love News today that the competent body vested with the authority to issue CITES permit is the Forest Department, not the Belize Agriculture and Health Authority, BAHA. As we’ve been reporting and as the Prime Minister John Briceno has accepted, he made a personal call to a quarantine officer to have plants imported by Diani Chan of Botanical Gardens by Roselynn released. The plants were held in quarantine because, according to information, important CITES documents were missing. Now for context, back in November Cabinet approved recommendations from the Ministry of Sustainable Development to reintroduce legislation for Belize to become a State Party to the Convention on International Trade in Endangered Species of Wild Fauna and Flora (CITES). This will allow for Belize to fulfill its commitments to address the illegal trade of endangered species of fauna and flora, to promote the management, conservation, and protection of endangered species and to establish the necessary legal structures enabling the effective regulation of international trade of CITES listed species in compliance with international obligations. The legislation was introduced in February of this. For the past many years the articles of the convention had been repeatedly enforced. As we reported, both the Minister of Agriculture Jose Mai and PM John Briceno intervened and had the plants released. There is huge debate as to which government department has the responsibility to issue the permit. Tonight, Dr. Kay puts that debate to rest. She was first selected to be the chair of CITES Scientific Authority in 2012and says it is the Forest Department’s responsibility to issue the permit. 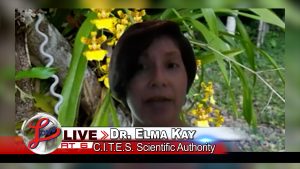 Dr. Elma Kay, C.I.T.E.S. Scientific Authority: “Historically in Belize, management authority duties for issuing CITES permits for export or import have always been issued by the Forest Department. It’s the sort of official liaison with the CITES Secretariat but the Fisheries Department also issues those certificates for CITES listed conch. Anything related to CITES, our management authority and focal point, like I say, is the Forest Department and it’s always shared that responsibility with the Fisheries Department for, you know, marine species. BAHA’s, that, that, how will I say it? These two things are separate. BAHA’s role, for example, with phytosanitary certification, you know, checking that everything is good. You’re not bringing any pests in soil. All of those things, those things still exist. It’s just that if you’re trying to import a CITES listed species there is an additional CITES documentation and for that you would then deal with, directly, the management authority, in this case the Forest Department.”

As it relates to the specific case involving Chan, from the BAHA permit we’ve reviewed, permission was given to import more than sixty thousand individual plants. According to Dr. Kay, if any of those plants are listed under CITES, it must be accompanied with CITES documentation.

Dr. Elma Kay, C.I.T.E.S. Scientific Authority: “I don’t know the nature of all the plants that are being brought in and all I’m saying is, if any of those species are listed on their CITES then they should come with their appropriate documentation. The one thing I have seen about the case is that it seems that these plants are like cultivated. They are cultivated plants like for gardening and there are, there usually would be for those as well because if you think about it, just because a species is cultivated, if it’s listed on CITES it doesn’t mean that like it gets a sort of free pass because that is how somebody could sneak in some specimens from the wild into, you know, into a place. Because how would you know that it’s cultivated in a greenhouse versus you know, it was taken in the wild? So even when the CITES listed species is something under cultivation, and I don’t have a specific example for plants but I know for crocodiles for example, Mexico has been farming crocodiles, so those crocodiles that are farmed, because crocodiles are under CITES, those crocodiles have to come with the documentation that this is an approved facility that is exporting these species that are listed under CITES. So there you know, so there are rules even for cultivated, farm grown, greenhouse grown species because the concern would be they are under CITES because we are worried that they will be facing higher than normal extinction levels right? Or endangerment. So that’s why they are listed under CITES and if they’re being cultivated, that documentation must come with them because if it doesn’t come with them, how do we know that these came from a cultivated greenhouse versus the wild and they’re being passed off as cultivated? The main thing that I think resonates with me from this case and the little bit that I have seen in the news is that we clearly need an education campaign because it seems that, both sort of internally and externally, so whether it is within Government or the public out there, it seems that there is actually very little knowledge about how this works.” 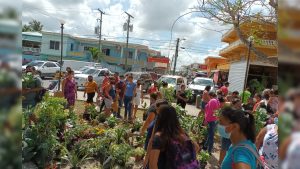 The point has been made that if Belize is found to be in contravention of the convention, sanctions can be imposed. According the Dr. Kay, those sanctions can have serious negative effects for more than one industry.

Dr. Elma Kay, C.I.T.E.S. Scientific Authority: “I think the main danger of violations of the CITES Convention for us, as a country, is that, like I say, we have some export products that are pretty important for Belize. So when in 2012 when the CITES Secretariat told Belize “We’re concerned about your trade in Mahogany and you need to implement Article 4 of the convention that says you must appoint a scientific authority ” when that was said it wasn’t just because of timber and then they’ll sanction trade in timber. If they decide, like, Belize is violating and we’re going to stop all exports of CITES listed species from Belize then the conch, you know, the conch exports could be at risk. So we have always, at the technical level, I think we have always known this and this is why we have been trying to work together to move this legislation and so when the convention of the parties meets, you know, decisions are made about what sanctions. And I think the biggest sanction could be suspension of trade from Belize until Belize meets its obligations or what have been the recommendations of CITES for years on national legislation. So that’s kind of where we are. I will say that the secretariat has also contacted us as a scientific authority and said, how is this going? We hear this. We hear that. So they use us as an independent check of what may be happening in the country. I’ve also gotten contacted emails for example, a scientific authority from Europe and they say, you know, we are getting a shipment from Belize and we just want to ascertain that everything is valid. Right? It doesn’t happen often but people will contact you if they have doubts about the documentation and they know who to reach out to in the various countries. Likewise they can also reach to the management authority if they suspect that anything is amiss with the documentation.” 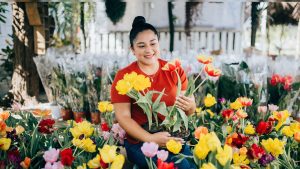