During an official funeral, former Government Minister Melvin Hulse was laid to rest in Stann Creek Valley where he was born in 1948. He was 74. The colourful minister who was known for his phrases “flippin” and “madafish” was humble, honest, and brutally direct.

Eulogist: “Melvin the person. Melvin was realistic and accepted that he was a lousy husband but a great father. He was a service man with an infectiously charming character. A compelling speaker, naturally intelligent, unpretentious, a grassroots advocate, son of the soil especially for his love, southern Belize. A visionary, a modern day Robin Hood who took from the rich to give the poor, who wanted to be remembered as “The Father of the South.” Melvin grew up at Los Cabos* farm at mile 17 ½ on the Stann Creek Valley Road. It is there that he found his love for nature and developed his lifeline selfishness. This trait made him serve as a member of the Lions Club and the Volunteer Guards where he worked in both Belize City and Dangriga. Melvin the Student: Melvin received his primary education at St. Catherine’s Elementary in Belize City up to Standard V when he left for London. He later returned to Belize where he attended Lionel Jesuit College and then Junior College where he studied chemistry and math. Melvin the Educator:  He was an instructor at Lionel High and Stann Creek High. As area rep, he increased the chances for many more people to attend school and fought for further education for teachers, something he was very proud of. Melvin worked with his dad in the Logwood and Mahogany Industry cutting and extracting logs from the Belize River to Belize City. He also extracted chicle. He drove heavy machinery including dump trucks, 18 wheelers, rude boys, tractors and bulldozers, building roads, clearing the land and hauling mahogany logs. The employees in the Mahogany camps cursed a lot and Melvin swore he was going to be better so he said his words like “madafish” and “flipping” as adjectives. This, ladies and gentlemen, was the beginning of the now famous nickname that Melvin became affectionately known as “Flipping.”

Flipping won his first election in 1989 for the United Democratic Party and he never let diving political lines disrupt his goal to develop the south. 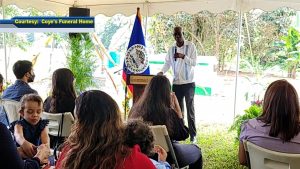 Rodwell Ferguson, Area Rep. Stann Creek West: “We have never ever had any confrontation. I decided to enter politics in the year 2003. I said you know what, I’m happy Melvin is not running because I knew him quite well and I knew I could not defeat Melvin Hulse so easily and so we had an election yes and I was victorious in the election but Melvin came back in 2008 and he gave trunching. He defeated me by 835 votes. I worked very hard and I reversed the 825 votes, surprisingly in four years, I was able to beat him in the 2020 election. In 2015, I almost lost the election, I won by 8 votes. He came to me before election and he said Rodwell I am going to make you deliver this seat. He said, I will make all those people who voted for me, vote for you because Melvin is a very difficult contender because he was from Independence and lo and behold, I won all the seats in the valley land along with Silk Grass, Hopkins, and old Independence where the gentleman was from. So after election, Melvin came to me and he said, Rodwell, despite it being eight votes, I made you win.”

Over the past few years, Hulse accepted his fate having developed Stage 4 Colon Cancer. He refused to go as a victim of the disease and until as his last day, he was vibrant, a true testament of his character that everyone appreciated and gravitated to.

Daughter: “As most of you know, my dad was not his sickness but it was a big part of our lives, especially towards the end. It was a time in his life where showed the most strength and we need to think it was that which helped him fight this battle. Thank you to Jules Vasquez and Rene Villanueva Sr. for documenting some of the highlights of his life. I remember when the interview came out, the five of us watched it altogether and I’ve never seen him so proud of himself. He was so humble and never admitted all the work he did but it was the first time he got to see himself through other people’s eyes. Thank you for giving him the recognition he deserved.” 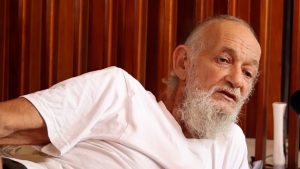