The news of the passing of UDP Senator, Herbert Panton began surfacing just before midday today. The former court magistrate was reportedly hospitalized last night after reportedly suffering a heart attack. According to Attorney Darrell Bradley, he too was taken by surprise when he got the news. Bradley told Love News that Panton will be remembered for many reasons. 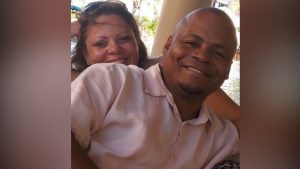 Darrell Bradley, Attorney at Law: “It was such a shock. I think that that news hit the country just as a blow. I was walking to court this afternoon and I got a text message from my wife and she actually said it that, have you heard it and I indicated no and then I reached out and I was very very shocked to hear that it was in fact true. Herbie is a larger than life personality. I always remember in meetings, he’s always the loudest voice. He never lets an argument go. I thought, I used to say that he was a born lawyer and he was somebody who just really had a zest for life. I remember during Independence Day celebrations at the Pan Yaad, they were always, he and Tracy always laughing, always dancing, always very jovial, always very engaging, fun to be around, just, just somebody with a personality that just a loveable personality. I mean he was a good friend. He was a good lawyer. He was a great supporter of the United Democratic Party and he will leave a huge huge hole. I can’t imagine how Tracy and how his daughter Hope and Adrianne must feel at this time. Of course, I and my family offer my sincerest condolences to them and comfort and prayer but I know that this will be a huge loss. Herbie was one of those permanent fixtures. He is. I’ve been in the United Democratic Party now for about 20 years and from the time I’ve been there I have seen his face. I have known him. I’ve engaged with him. We’ve hung out. He’s a great cook. He is always there at every event as you have indicated and one of the things that I will remember is that he does those things because of love of party and love of country. He, the reason why he did not hold any substantive office aside from senator is because he does it for no reward. He just loves to be of service. Loves to hang around persons in the United Democratic Party, support the United Democratic Party. I know of recent, since Tracy is running for leader of the party, he was the most stalwart campaigner for her and he was just out there because he just believed in politics and believed in the movement and he did it for no praise, no title, nor reward. He just, that was the kind of person he is.” 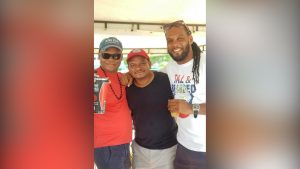 Also speaking on the unfortunate passing of Herbert Panton is UDP Chairman, Michael Peyrefitte. The Chairman told the media via Zoom that Panton’s death is a major loss for the United Democratic Party. 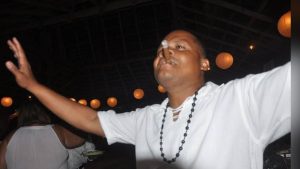 Michael Peyrefitte, Chairman, UDP: “In terms of UDP, five star general. There’ s no bigger UDP than Herbert Panton. No bigger supporter of the UDP than Herbert Panton. It is a sad sad day and his passing is a serious blow to the United Democratic Party. That’s all I can say. I’m still in shock. I still can’t believe it. I still couldn’t believe it when I first heard it and it’s going to be a huge huge loss for us. In terms of a brother, I know Herbie always wanted to be a lawyer. He moved mountains to go to law school. He made all the necessary sacrifices. He was a magistrate even, distinguished attorney and so we have lost not just a colleague but a UDP brother and also a friend. He was always there. He was the editor of the newspaper at one point. Assistant Secretary General of the party at one point. He has played so many different roles for the UDP and always one of those people who would be the first to put us right. One of the first persons to tell us what we were doing well, what we were doing wrong and he was a person who you would listen to, a person whose opinion mattered and so as an overall supporter of the party and an official of the party his contributions are immeasurable and we just, today we just miss him. He would be the first one to put us right. He shot straight, that’s Herbie and in the contact sport of politics you need that from within because it’s that type of upfront, brutal honesty that prepares you for the real opponent. So we appreciated Herbie and Herbie didn’t rub anybody the wrong way as far as I know. That was Herbie and we always appreciated Herbie because we knew that whatever Herbie was doing was in the best interest of the UDP of that we had no doubt and so, therefore, when he leant his voice to whatever purpose we had at any moment, his voice mattered.”

Senator Panton is husband to UDP’s Albert Area Representative, Tracy Taegar-Panton. He leaves behind two daughters and his extended family in the UDP. Leader of the Opposition, Moses Shyne Barrow has also extended condolences to the Panton and the UDP families on the passing of former Magistrate and UDP Senator, Herbert Panton. Barrow wrote, “The Leader of the Opposition joins in mourning the sudden passing of our fellow UDP Herbert Panton. The Opposition extends deepest sympathies to Hon. Tracy Panton and the Panton-Taeger family during this time of grief. We offer our prayers that you find comfort and solace in the Lord.”