The Government of Belize continues to look at ways to mitigate the pressures of the high fuel prices. For the cane farmers, they too are feeling the pinch despite having enjoyed duty free fuel for years. Contrary to recent reports, the cane farmers do not get a subsidy for fuel; what they get is a duty exemption to the tune of some 1.4 million gallons every year. Love News spoke with Minister of Agriculture, Abelardo Mai, who confirmed that there is no subsidy in place and therefore there has been no cut in subsidies as is being reported. It is a matter that is still under review by Cabinet, and therefore Minister Mai was unable to divulge much details. He did say, however, that the farmers are still seeing an increase since the government absorbs only thirty five percent of the fuel taxes on diesel. He says the misunderstanding on a cut in fuel for cane farmers may have resulted from the current discussions to place a cap on fuel taxes for the caneros. He confirmed that up to news time tonight, the amount of fuel afforded the cane farmers has not changed. We will have more on this story in tomorrow’s newscast.. 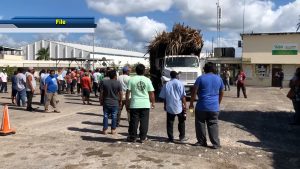