Child labour: it’s a fight that many countries around the world continue to take head-on. While larger countries have found some success in their efforts to curb child labour, many countries in this region often face significant setbacks. That’s because many families live below the poverty line and they often sacrifice their children in order to fulfil major economic needs like food, shelter and clothing. UNICEF reports that one in every ten children around the globe continues to do hazardous work to meet those needs. As such, Belize is trying to do its part to make it safer for the youngest sector of its population with the launch of an important policy.

Dale McDougall, Love FM News: Doing away with terrible child labour practices has been a tall order for many countries in the developing world. For Belize, the situation has resulted in the National Child Labour Policy and Startegy. Spanning through 2025, the policy aims at not only doing away with archaic practices which have put children at risk for decades but to adjust legislation to change prevailing attitudes. Minister responsible for Labour, Oscar Requeña, called the policy “A new dawn for Belize.” 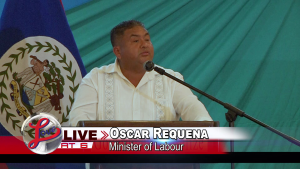 Oscar Requeña, Minister of Labour: “It is about protecting our children from exploitation. We must protect them and allow them to grow tall, to grow smart, and to grow strong. For sure, there are forms of work that can build character in our young people and this policy will lay out those kinds of tasks that are appropriate forms of work that our Belizean children can do.”

Dale McDougall, Love FM News: Supporting the policy is the International Labour Organisation. Dennis Zulu from the ILO’s Decent Work Team and Office in the Caribbean added that Belize’s homegrown labour policy is a step in the right direction. 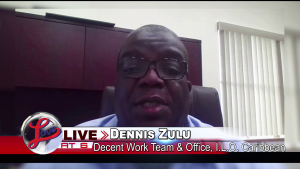 Dennis Zulu, Decent Work Team and Office, I.L.O. Caribbean: “The ILO considered all the suggestions and set aside viability based on the received national feedback, own expertise, and international law claiming good practices. Ultimately, what is being launched today is the document for Belize. It is a document that has in it the various contributions received from the different parties in Belize as well as those who participated from outside from UNICEF and ILO. It is an important effort to say that this is a national policy owned and developed by national stakeholders with the technical and financial assistance of the ILO and UNICEF. It is, therefore, not an ideal document in that at least a UNICEF or UN document but it is a Belize document that Belize should be proud of.”

Dale McDougall, Love FM News: And another U.N. body, UNICEF, is supporting the government’s steps to change the culture. Enkhnasan Ulzii is the program coordinator here in Belize and she says her organisation’s input is to support Belize’s efforts to meaningfully respond to modern day child labour which has endangered children the world over. 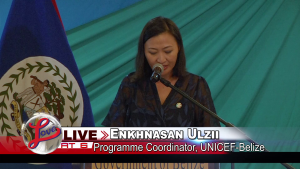 Enkhnasan Ulzii, Programme Coordinator, UNICEF-Belize: “More than half of them are engaged in hazardous worse forms of child labour such as slavery, forced labour, child soldiering, sexual exploitation and elicit activities, drug traffiking, that directly endanger their health, safety, and moral development. The consequences of child labour on children are devastating with lifetime effects.”

Dale McDougall, Love FM News: The policy also responds to the challenges that have come in these difficult times in which the world finds itself. The 115 page policy document speaks to the legislative and information gaps which, when addressed, provides the protections for all Belizean children so they can have a good future. The ministry’s CEO, Valentino Shal explains. 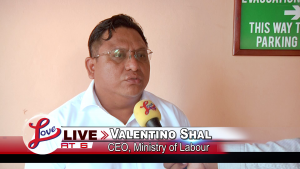 Valentino Shal, CEO, Ministry of Labour: “Once we achieve, you know, a complete reduction on a possible elimination of child labour, we ought to ensure that our society is one where children are free and are able to be children in the beginning and of course to be provided and to receive all the opportunities that a child must have. Their protection, their safety, the opportunity to play, and of course the opportunity to be educated so that they can become responsible and contributing citizens. That’s the kind of society we’re trying to build.”

Dale McDougall, Love FM News: On the legal front, the Policy and Strategy both look at several laws including the Equal Pay, Labour, Shops, and Workmen’s Compensation Acts. Included in 13 pieces of legislation, the policy’s goal is to amend the Marriage, Social Security, Penal System reform, and Juvenile offenders Acts, the criminal code and even the Motor Vehicle and Road traffic act. This requires great political will and some bipartisan support, things which experts believe will help in addressing this issue head on. For policy makers, their work is already truly cut out for them. Dale McDougall, Love News.