At the next sitting of the House of Representatives, a bill will be introduced to restructure the administration of the Supreme and Appeals courts in Belize. However, the jurisdiction of either court will remain unchanged. The Attorney General’s Ministry is spearheading the charge on this issue and today, Assistant Solicitor General, Randall Sheppard explained the rationale behind the change. 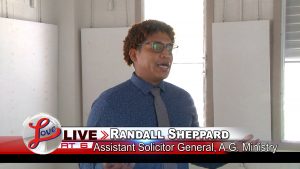 Randall Sheppard, Assistant Solicitor General, A.G. Ministry: “So one of the first changes you will realise is that we have changed the name of Supreme Court to the High Court and you might ask “Why are we doing this?” Well this is really somewhat of an anomaly. When you hear the word ‘supreme’ you’re thinking that this is the highest level court for the jurisdiction but in Belize’s case, that is not the scenario. The highest or the apex court for Belize is actually the Caribbean Court of Justice and so to remove any misconception, we have decided that the name will be changed from ‘Supreme Court’ to ‘The High Court’. As a consequence of this, we have included what we call a referential amendment in the Senior Court’s Bill and what that does is that whenever you pick up any piece of legislation going forward anytime you come across the reference to the Supreme Court that will now be referred to as The High Court.”

An important feature of this legislation is the plan to have the Chief Justice administer both courts, which would then be collectively called the Senior Courts of Belize. Attorney General Magali Marin-Young discussed why this change is such a vital one to judicial reform.
Magali Marin-Young, Attorney General of Belize: “The person to be appointed will be somebody of the stature that has experience of both courts because that person will be administering both courts. Currently under the Supreme Court of Judicature Act, the Chief Justice Administers the High Court or the Supreme Court and the President administers the Court of Appeal.”

The Attorney General further explained that the restructuring of the court’s administration system will also give way to the possibility of adding more judges to the High Court.
Magali Marin-Young, Attorney General of Belize: “On Monday, we will be appointing another member to the Court of Appeal bench and we will, in the near future, be also adding additional members to that bench. So, for the Court of Appeal, we currently have three Itinerant Judges and we have the acting president. On Monday, we’ll be swearing in another judge and in the near future, we will be swearing in, before the end of the year, additional judges to assist with the workload in that court. For the Supreme Court, we currently have the assistance of temporary judges, who after their tenure, will have the option to apply and subject to the Judicial and Legal Services Commission, reviewing their performance and application, they too could be appointed to their respective, to sit permanently on The High Court.”

Cabinet indicated on Tuesday that these changes are intended to improve the efficiency, accuracy and consistency in the upper courts.