The joint unions are upset with the Government of Belize as the meeting scheduled for today was once again postponed for January 24. This is the third postponement and has led the union to believe that the government is avoiding the discussion on the country’s economic situation. The upset has led to a not so subtle threat from the President of the Belize National Teachers Union (BNTU), Senator Elena Smith. 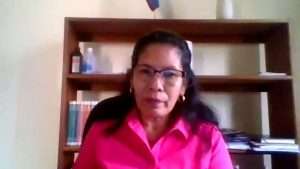 Elena Smith, President, BNTU: “We ought to remember that when you returned to work we made it very clear that our strike was on hold, it hadn’t concluded , it was on hold we were giving the government a chance acting in good faith to say OK you have promised certain things we will give you a chance to work on those when you get back to us. But as I said we are no in January and we have not gotten any feedback from them any at all to give to our members. Our members are becoming anxious and angry because they’re not getting information.”

Reporter: So is that some sort of warning to remind them that the strike is actually on hold and was not really called off?

Elena Smith, President, BNTU: “Well what else can we do? If it is that we have been so patient with the government in terms of postponing from October we are now in January when we really are truly thought you know what we have given them enough chance so January this meeting will happen and for you to send us an email so close to the meeting to say sorry but scheduling conflicts and we can’t meet again today it obviously means that you may not have any intentions of meeting with us, you are avoiding a meeting or you don’t want to share with us information that we need to be able to help our members to make a determination. And our members will not settle for that. At the end of the day I don’t determine when we move my membership determines that and so if my members are becoming angry and anxious and upset about us not being able to get information then I have to listen to them.”