Adding to his announcements from Cabinet, Prime Minister Briceno also spoke on the cost of fuel, explaining that in the last price increase, the government did absorb fifty cents on the cost of diesel and did not pass it on to consumers. He added that the continuous increase in prices is on a global scale that cannot be countered.

Hon. John Briceño, Prime Minister of Belize: “The budget for youths and sports, you know, we’re saying we want to go and increase it right now by $2 million and then also looking at coming up with what we call a gambling tax. Whereby the taxes from that can be aligned to be able to do social programmes and also try to come up with more sports programmes and more programmes for young people. Boledo, Scratch 5 and GImme 5, I don’t know all the names of these. I mean I don’t buy so probably I’ve never won the Boledo because well I don’t buy the Boledo right. I think I buy a  lot of the Lottery, not Lottery, you know the raffle where they come to your house and so, I buy a lot of them but I’ve never won.”

Also, in that pre-recorded statement that was just sent in to our newsroom, the Prime Minister noted that while not much can be done by way of lowering fuel prices, the government is looking at taxable goods to see how more can be added to that list to ease the financial strain on consumers. Another topic on the agenda in last week’s retreat, was governance, in which the Prime Minister noted that Cabinet recognizes the need for constitutional reform. He explained that the reform would promote a more democratic country as the constitution, as it stands, was developed primarily around two political parties. According to PM Briceno, a commission will be formed to make an assessment and forward recommendations to the Cabinet. 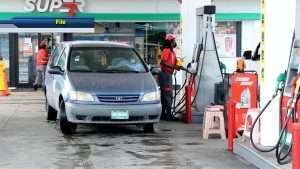