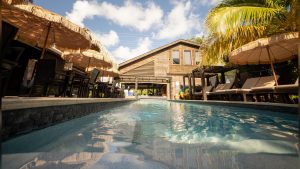 The Easter weekend is some thirteen days away and already there are no rooms available at the most popular tourist destinations. It is a good omen for the industry and hotel owners and a welcomed change since all Covid-19 regulations have been lifted. According to the President of the Belize Hotel Association, Alina Saldivar, the hotels include those in San Ignacio, San Pedro, Placencia and Caye Caulker. She told Love News that hotel bookings are now at a record high when compared to the height of the Covid pandemic. It is good news for the tourism industry, but may be bad news for the procrastinators who didn’t get to book their overnight stays.

Alina Saldivar, President, BHA: “The bookings have been very high for February and March and it seems going on into April. The tourists are definitely enjoying the no mask requirements, the no testing now. There’s been a large influx of snowbirds* so I think it’s safe to say that we’re back to normal now Vejea. This is what we used to experience in 2018 and 2019. February and March were our peak months and now it’s even going into April and we’re also seeing the summer bookings as well so like we saw back in 2019, it seems like we’re going to go right through until the end of summer. So yes it’s true, the Belize Hotel Association is doing a country tour right now. I was in San Pedro, Caye Caulker, Placencia. Next we’re going to do San Ignacio and then we’re going to finish off in Belize City and even I had a hard time finding a place to stay for myself because everywhere was booked so I think it’s definitely true that the Belizeans are having a hard time finding rooms for Easter because the tourists are still going to be here during the Spring. The tourists know that the Springtime is a good time to visit Belize because of the weather so it’s going to be full with tourists.”

Aside from the lack of available hotel rooms, Saldivar adds that another aspect that Belizeans aren’t happy about is the forgoing of special rates for locals.

Alina Saldivar, President, BHA: “It’s tough. It’s tough for Belizeans to find rooms and then of course I’m sure that we will hear complaints that the Belizean rates that you used to see during the pandemic not being offered anymore. I’m sure the Belizeans aren’t going to be happy about that. Unfortunately, we are facing a lot of shortage of supplies. We’re facing a lot of increased expenses, of course, with the soaring fuel prices, exuberant shipping costs, so it’s difficult for the hotels. I mean, what the situation was when the rates dropped when our airports were closed and the tourists weren’t here. I think that hotels were happy back then just to breakeven, just to have their properties be operational and be able to at least pay their staff. But things are back to normal now and so it’s time for them to go back to normal rates and it’s time for them to start paying their loans again. Back then we had all the moratoriums from the banks and all of that but everything is back to normal now.”

Saldivar was upbeat about the upcoming months for the Hotel Industry.