If the call for the referendum is ignored and the Marijuana Bill pushes through, it would be somewhat of a déjà vu for the National Evangelical Association of Belize (NEAB). It was back in October 2017 when the previous administration had decriminalized marijuana in the amount of ten grams or less for use on private properties, despite the clamor from the churches not to do so. With UDP Chairman, Michael Peyrefitte, who was the Attorney General at that time, calling for a referendum, it does beg the question if they are only acting on political motivation. The question was fielded to him; here is his response.

Michael Peyrefitte, Chairman of the UDP: “What is being attempted now is completely different from what we did. What we did was like a Cuban, wet foot, dry foot, policy. If you’re able to have it in your possession, 10 grams or less, and you’re smoking it in the privacy of your home or the privacy of somebody else’s home away from children, we said that was a middle ground and that given the fact that people do smoke marijuana and people do recreate with marijuana, it’s as far as we could go on a first step towards allowing the people. The United Democratic Party, by passing the laws that we did, made it very clear that we do not have an issue with marijuana but we took it as far as we knew we could take it without it being a problem for the rest of the economy. The PUP wants to take it to another level. This is a bill that says now, not only if you have it you can smoke it in the privacy of your home, now you can grow it. You can manufacture it. You can sell it. It will now become an industry, which in principle, we do not have a problem with, or a lot of us in the UDP do not have a problem with. However, what we are saying is if you make an industry out of it, there’s some work that needs to be done and I think that the public needs to be aware of that before we agree to a law that transcends by far what we did when we were in Government. As a matter of fact, under this new law, you could do what we did under the law we passed but now you have to pay. You have to have a licence just to possess which is very different from what we’re doing, so the criticism that we are asking for a referendum for the same thing that we did, that’s an ill informed position because what is being attempted now by the Government is something completely different from what the UDP did.” 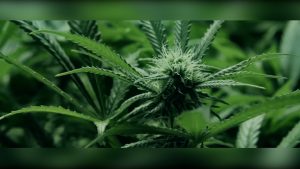