Today Canadian Jasmine Hartin returned to the San Pedro Magistrate Court where she received additional disclosure. Hartin who was accompanied by Attorney Richard “Dickie” Bradley was handed over 78 pages of evidence and 3 DVDs as part of her disclosure. This is for her charge of manslaughter by negligence. Hartin shot and killed Police Superintendent Henry Jemmott on May 27, 2021. Hartin claims it was an accident. Bradley says that preliminary inquiry is scheduled for March 31 to determine if prosecutors have enough evidence to proceed to trial. After the brief session this morning, Hartin told reporters that what she has received as part of the disclosure has been shockingly surprising. 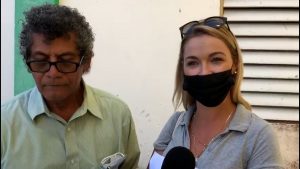 Jasmine Hartin: “The first round of disclosure received had a lot of shocking surprises, I should say. I haven’t had a chance to go through these yet but it’s been interesting so far.” 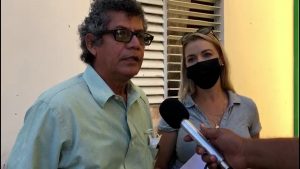 Richard “Dickie” Bradley, Attorney at Law: Procedurally, Ms. Jasmine is required to be given full disclosure in an indictable matter which is the case that everybody is focusing their attention on. Today in court she was handed by the prosecutor, Prosecutor Andrews, Sgnt. Andrews the remaining pages which amount to 78 pages of additional disclosure and three DVDs. They have completed the burning of two others so which would complete giving her all the information that she needs that would go to Martial* when the day for trial comes but also asked that the prosecutor and court are in agreement that the preliminary inquirement can start on the 31st day of March while the other session of the Supreme Court is in April won’t be able to match that. I imagine the DPPs office are at the moment preparing for other cases that *inaudible* session so it would be able to be included in the June session of the Supreme Court. When that starts there will be formal appearance in the Supreme Court where an indictment will be read in relation to that case of manslaughter by negligence and thereafter some date will be set in relation to what is referred to as case management.”

Jemmott received a single gunshot to the back of an ear. 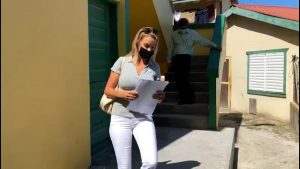