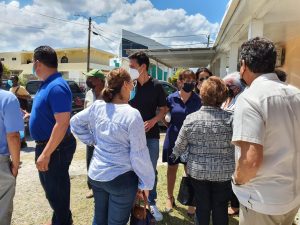 The hands of justice moved today in the Orange Walk Supreme Court as three men have pleaded guilty in the murder case of former Senator and businessman, Ramon Cervantes Senior. 29-year-old, Noe Gonzalez pleaded guilty to murder while 35-year-old, Mateo Pott and 26-year-old, Angel Cardenas pleaded guilty to manslaughter. The men were initially arraigned on July 11, 2014 before Magistrate Merlene Moody where they were read joint charges of murder, keeping a firearm without a gun license for a 12-gauge pump action shotgun, and keeping unlicensed ammunition for five 12-gauge cartridges that were allegedly found in their possession. Almost eight years later, and the case is coming to a close. For the victim’s son, Government Minister Ramon Cervantes Junior, it was an emotional time for him inside the courtroom earlier today.

Ramon “Monchi” Cervantes Jr., Son of Ramon Cervantes Sr.: “One of the accused plead guilty for murder of my father and the other two accused persons plead guilty to manslaughter. We think it is the best legal justice that we could have gotten under the present system and circumstance. You know, nothing can bring back my dad and I wish, probably, had wanted three convictions for murder but, like I said, it’s justice under our legal system and the circumstances. It provides comfort to us that they have admitted to their crime and now they will face their punishment when the judge sentences them and that is what the justice system affords so, yeah we have been moving on and this is one of those things that needed closure and we’re getting very close to it. I think we’re past half way.” 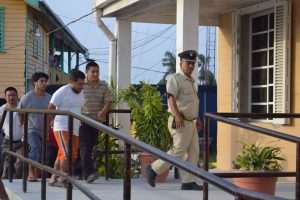 Cervantes Senior was on his farm on July 1 on the San Roman Road, Orange Walk when he was abducted and bludgeoned to death. His body was found some four days later in a shallow grave near the Honey Camp Lagoon. According to Minister Cervantes, despite the years passed, his family is still trying to cope with the loss.

Ramon “Monchi” Cervantes Jr., Son of Ramon Cervantes Sr.: “It has been very difficult, you know, going forward. It has been very difficult, you know our lives changed. We have to be constantly looking over our shoulders. My daughter today was telling me, you know like, just sitting in school she felt like someone would beat, would jump out at any moment and kill her, you know? Earlier on, life just changed you know, we had to get security for us. It’s not the same. We have to move forward Mr. Alvarez. Life is real. As I said before, there’s nothing that can bring back my dad on this earth and we just have to follow his example. We always have him in mind. You know, it will never be erased. It has kept our family closer. It’s created a stronger bond within us and things that maybe we used to take for granted within family, you know we learn to appreciate it and give it value. So while it saddens us, we also have to move on, you know, and relive his memories.” 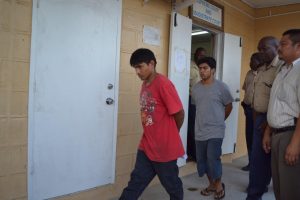 After appearing before Justice Herbert Lord today, the men were taken to the Belize Central Prison and are slated to sentenced on March 28.