Meanwhile, the facility has continued to shift its priorities for inmates to help them rehabilitate. In our discussion with the prison’s director, Virgilio Murillo, he explained how the facility’s population has decreased and how they prepare inmates for reintegration into society.

Virgilio Murillo, CEO, Kolbe Foundation: “I attributed to two things. One is certainly the emphasis that Kolbe foundation has put on rehabilitation. Prior to Kolbe I will tell you that prisoners were literally just being warehoused. Today or since Kolbe took over we have emphasized rehab. Secondly we also took a decision not to turn the place into a holiday camp where prisoners can feel that they can come and relax and then come out back into the society and commit mischief. We try to teach them coping skills because prisoners typically when they leave the prison because of having been to prison they come up with a stigma society tends to believe that he is condemned and don’t want to give him that opportunity to work and to earn a living. We are saying that they made mistakes, some of them are deserving of a second chance and yeah we try to teach them coping skills. We try to teach them vocational skills so that they have something that they can do with their hands to make a living. We teach would work, this is aside from the other rehabilitation programs. We teach them woodwork, poultry, tailoring, mechanic, welding you name it, plumbing, electrical so they can leave the prison with some sort of skill that they do not have to go back to prison again they can be employed either self-employed or employed with some employer.” 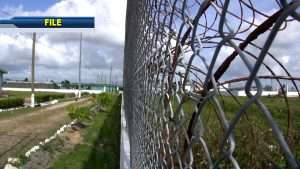 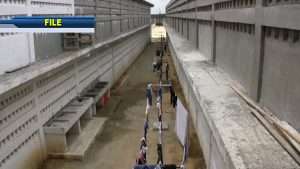