A Belize City resident was fatally shot a stone’s throw away from his home on Monday night. The incident was the third murder of the holiday weekend and claimed the life of a local artist and left another man hospitalized. The deceased’s family believes he yet was another casualty caught in the crosshairs of Belize City’s chronic gun violence. Reporter Vejea Alvarez has the story.
Vejea Alvarez, Love FM News: On Monday night, 24 year old Shaquile Patnett was slain a few minutes after leaving the comfort of his home on the south side of Belize City. The Rivero St. resident was riding a bicycle on Kraal Road just after 7:00 when a lone gunman exited a yard and unleashed a barrage of bullets at him. His eldest brother, Steven Frazier, says he rushed to the scene when he heard the gunshots and found his little brother on the pavement drenched in blood.

Steven Frazier, Brother of Deceased: “When we heard the shots, the first thing I said was this is my brother because he just went so. We ran so now and it was him on the ground there and the neighbours they handled and spoke to the man and said they were trying to get him to the hospital. The first thing when I reached around there and said where do they have a man who got shot and they spoke to the man and they were trying to get him to the hospital so I told them to give me my brother and let me hail my neighbour across the next side. The same front house where he got shot and he’s the one who took me, you dig? And so on the way now, we reached like to the roundabout by Matron Roberts there and right there he passed away in my hand so I talked to my brother and said “breds, tell mi something breds, tell mi something breds.” But he was dead with his eyes open.”

Vejea Alvarez, Love FM News:  Patnett’s father, Peter, says he had just left the family yard after having a few drinks and good times with his sons when he got the tragic news. 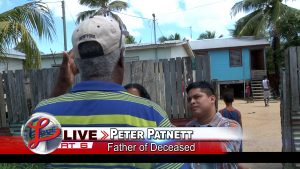 Peter Patnett, Father of the Deceased:  “By the time I hauled off my clothes, relaxed, my two boys ran and came “Dad! Dad! Dad! They shot up sackin Shaquile!” I said no man this must be a dream, you know? They said yes boy. I came out, because I live on Curassow. I jumped out and I said, can’t. I came out in my same sleeping clothes and turned back and I put on my real clothes. Now I walked, I walked. Not even walked, I ran to come by the time, I tell you, the crowd was here. I said yes, it ain’t a dream.”

Vejea Alvarez, Love FM News: Patnett’s family says he was not a member of any gang and did not trouble anyone but according to them, he did begin to fear for his life after his brother-in-law, Akeem Welch, was murdered at the start of the year.

Steven Frazier, Brother of Deceased: “He used to always tell us that he felt like they wanted to hurt him.” 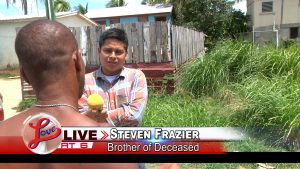 Steven Frazier, Brother of Deceased:  “He didn’t share why. He said..”

Vejea Alvarez, Love FM News:   You think it’s just because of the area where he lived?

Vejea Alvarez, Love FM News:  Do you think that he was targeted due to the area that he lives in?

Vejea Alvarez, Love FM News:  Concurring with the family was ASP. Yearwood who says that investigators believe Patnett’s murder was due to a feud among factions in the area. 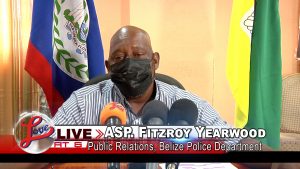 ASP. Fitzroy Yearwood, Police Press Officer, BPD: “We know that he resides on Rivero St. We know that that area, they have an ongoing, how to say it, problem with members of other neighbouring gangs so we wouldn’t want to speculate as to why he was targeted but we’re investigating all angles when a murder happens in a zone like this.”

Vejea Alvarez, Love FM News: While investigators work to bring justice for Patnett’s family, they say they will be reminiscing on the good times and memories he left behind.

Steven Frazier, Brother of Deceased: “He liked his songs. He was singing for us too. He was rapping for us before this thing happened. He sang a nice song and hyped up his old boy and he hyped us up. All his nephews and nieces they liked when he sang. While he sang they danced too. They danced and hyped up the man and there was a special song that he liked to sing, that he liked to listen to. When that song played the kids they go off so they’re going to miss their uncle too.” 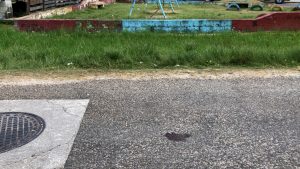