The Ministry of Tourism announced yesterday that Belize’s first International Music and Food Festival will take place this summer in San Pedro Town. Minister Anthony Mahler said that their focus is to showcase Belize’s musical and culinary talent with hopes of placing Belize’s entertainment figures on the international stage. The festival’s budget is set at seven hundred and fifty thousand Belize dollars. While the artists at the contract signing ceremony were thrilled with the anticipation of this upcoming event, the opposition released a statement calling out the government for using tax payer’s money to finance a private money-generating event. Leader of the Opposition, Moses “Shyne” Barrow says that public money should be pumped into hiring even more Belizean artists rather than having international artists reap a larger portion of the benefits. 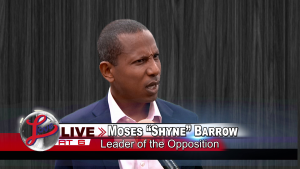 Moses “Shyne” Barrow, Leader of the Opposition: “I don’t see how you can justify spending $700,000 on foreign artists to promote Belizean tourism. People don’t want to travel to Belize to experience Jamaica or Trinidad. They come to Belize to experience everything that is uniquely Belize and we have some of the best musicians in the world. If you are going to spend $750,000 on entertainment, hire every Belizean artist and you have a festival from Sunday to the next Sunday. What has been given to all of those artists that couldn’t work for two years as they tried to recover but a tax? Right? A Trade License Tax: that was their gift. That was their COVID-19 stimulus package was a tax and then you have $700,000 to spend on foreign artists? It makes absolutely no sense and that is the people’s money and we demand that that money be spent on Belizean artists.”

The Leader of the Opposition is demanding that the Government of Belize disclose every penny paid out concerning this festival. Minister Mahler says these comments are a political ploy and the government believes that the concert has the potential to generate revenue that supersedes the investments. He further stated that investments are no different than tourism exposure campaigns.

Anthony Mahler, Minister of Tourism: “We have to be able to compete internationally and so I see this as an investment in our musicians. I see this as an investment in the food, the food component of our industry. It is very crucial that we help to create a platform or platforms for these things to be infused into the overall tourism product on a higher scale. Listen to me, when Buju Banton came to Belize, and I’ll say this publicly right now, I was going to hold it for The House, the Leader of the Opposition called me to come and greet Buju Banton and I said “Why would I go?” For the last month or two we’ve been negotiating with Buju Banton, trying to have him be the headline for the music festival and every single week he changed his price and I said I would, I’m not going because he’s quoting us $200,000 USD. The Leader of the Opposition said to me “He is worth more.” He said “I would pay him $250,000 USD and more.” He is worth it. So if I paid Buju Banton $250,000 USD, that’s $500,000. That’s ¾ of the budget that we have for at least 40 local and international artists and that is the real.”

Moses “Shyne” Barrow, Leader of the Opposition: “That doesn’t make sense. Deflecting about another artist who is my friend that I would not, I have never spent that type of taxpayer dollars on any artist. When Popcaan came in 2019, that was all my money. Only the Government’s money was spent on all Belizean artists and I hired 100 artists.”

Also commenting on this matter is Prime Minister John Briceno. Briceno is asking for Barrow to show his receipts when he was the Music Ambassador. 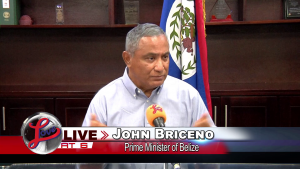 John Briceño, Prime Minister of Belize: “I think that the Leader of the Opposition should be able to give us an account of the monies collected once he was Music Ambassador. For what 12 years? 13 years? Well, well, he was in jail first. I think when he got back. When was it? The 10th? 2010? I think somewhere like that. So for about 10 or 11 years, he needs to give an account of what did he do with the monies he was collecting? I know there was some allegations of some monies that he got from Culture of where I think he was not giving proper accounting. It’s the same. His own government was saying that, not myself so I think he should start with that, to give that accounting then he could have the moral authority to ask about anything. But again, we’re not hiding anything. This did not come to Cabinet because BTB is a statutory board and what Minister Malher is attempting, is doing, and you need to commend him for that. That most countries, you know like for instance, St. Lucia has this Jazz, International Jazz Festival. I think Iit goes on for about a week and they bring in foreign artists to come and play because then tourists would come to listen to them. Other countries do that. Jamaica, everybody does that. So now, here we are. BTB is setting aside $750,000 to bring in some of these artists and then at the same time to include them along with a whole plethora of local artists to give them that exposure. So, I think it’s something laudable and I think you all should commend him for taking that initiative.”