The situation, which led to Daniel Chi being placed on administrative leave, has called the Prime Minister’s decision to even make the call into question. That question, alleges the Leader of the Opposition, Moses “Shyne” Barrow is that PM Briceno was doing a favor for one of his employees. The Prime Minister himself admitted to calling Diani Chan’s mother-in-law and best information to Love News is that the mother-in-law has been working at Orange Walk’s Shell Gas station for many years. Barrow explained this at today’s press conference.

Hon. Moses “Shyne” Barrow, Leader of the Opposition: “The public should know that the Prime Minister just was not intervening to help any business person, any special interest. This business person, the mother of this business person or the mother-in-law I believe, works for the Prime Minister. You should know that. Shell gas station, I believe, is an employee of the Prime Minister, which makes it even more criminal. Criminal, if you look at the Constitution that says the, any of us, any of us parliamentarians, certainly the Prime Minister should not use their office for any personal gain. This is personal gain. The Prime Minister intervened to do a favour for his employee of 20 years. That is not how good governance works. That is not how UNCAC works. That is not what the Belizean people voted for. They go into the House every House meeting and talk about 13 years of UDP. They don’t tell you about the 10 years of Musa. But the Belizean people voted for better and we have the responsibility as the Opposition to highlight when this administration is failing.”

And because of this debacle, the UDP Leader, Moses “Shyne” Barrow says that the party intends to write the Attorney General, Magali Marin-Young, and the Minister of Home Affairs, Kareem Musa, to have the Prime Minister criminally investigated. Love News asked him what he hopes to get from such a request. Barrow says to simply have the Prime Minister account for his actions just as former Minister Rene Montero faces scrutiny and an arrest warrant now. 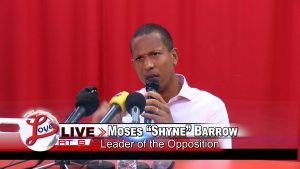 Hon. Moses “Shyne” Barrow, Leader of the Opposition: “I hope they will treat the Prime Minister the same way that they treated the Hon. Rene Montero. Right? I believe that justice is equal so nobody is above the law and if this is not a case of abusing your authority and abusing your powers in the instance where the Prime Minister admitted to calling in and having the Forestry officer reverse his decision to adhere to policy, I don’t know what is. And so the Attorney General, exactly, he asked him to break the law, so that needs to be criminally investigated. What is good for Rene Montero is good for Johnny Briceño.” 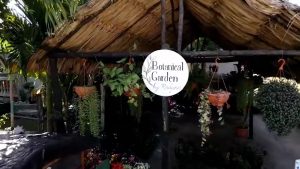 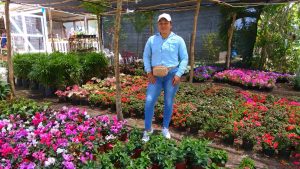