Shifting now to politics: today, the United Democratic Party held its first press conference for the New Year. The event, spanning more than two hours, discussed a number of issues. The Party Leader, Patrick Faber in his opening remarks said that the Prime Minister John Briceno’s decision to relieve Michel Chebat from his duties as Minister of Health was welcome news and something the party has been clamoring for. However, Faber said that Chebat’s replacement is equally unfit for the position at such a critical juncture. 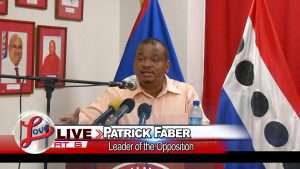 Patrick Faber, Opposition Leader: “It is welcoming news although much too long overdue that the Prime Minister has finally surrendered to our repeated calls for the removal of the Minister of Health and Wellness who was just not cutting it at a time when that ministry is perhaps the most vital of all. Let me hasten to add however that there are serious questions about why the Prime Minister is simply transferring the problem elsewhere rather than back benching the field minister. And about the rationale behind some of the other accompanying reappointments. On the matter of crime we wonder if the prime minister’s announcement about his own office taking charge and the coordination of the National Security Council is effectively an admission that his Minister of Home Affairs whom we have also called for to resign or to be fired he also needs to be removed. Considering that crimes continue to escalate and citizen security continues to deteriorate dramatically under this minister and this government who claimed to have had all the answers when they were in opposition. In our view Kevin Bernard is not a fit and proper person to hold the Ministry of Health either. And in fact we called on the Prime Minister to do what is right in this time of crisis appointed senator, appointed professional somebody who can have a better handle on this situation. We see Kevin Barnard as merely a puppet of the Prime Minister, somebody who did a very mediocre if at all any kind of success can be deemed in the previous portfolio that he held how now can we expect anything better from him at such a very very vital and important ministry.” 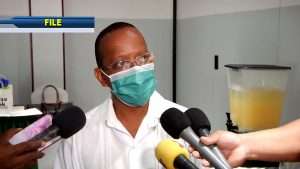 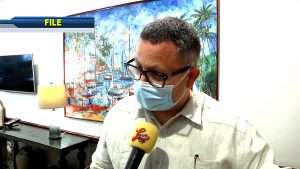